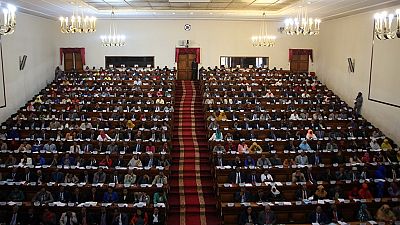 According to Salil Shetty, the group’s Secretary General, the regime had failed to recognise that there was the need to promote civic freedoms rather than restrict them in the current climate.

“Heightened tensions and protests in the country underline the need to reinforce civic freedoms, not restrict them,” he said in a tweet issued after the House of Peoples Representatives ratified the measure.

Shetty had in an earlier open letter to lawmakers, entreated them to put human rights at the heart of their debate and vote. The letter said they should vote against the SOE or ensure a series of changes were made to what the Command Post had issued as directives.

The state broadcaster, EBC, initially said the vote was successful as it was passed by two-thirds of the house. The numbers indicated that 346 voted in favour as against the 88 opponents and 7 abstentions.

The figures have since been amended to reflect a much higher number of MPs voting in favour of the measure. There has subsequently been a back and forth about the figures – with activists claiming it fell short of the needed votes.

Parliamentarians were summoned earlier this week to debate the state of emergency and ratify it as by law required.