Coronavirus - Seychelles: Overview of Cases in Seychelles as of 11th August 2020 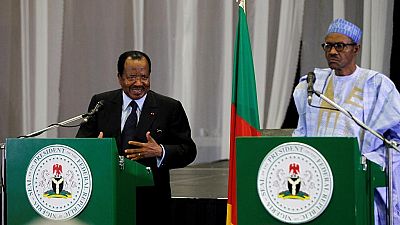 Nigerian authorities have released two Cameroonian separatists who were detained by the police last week.

Five members of the Ambazonia separatist movement, a Cameroonian group seeking independence from the Francophone country, were arraigned at an Abuja police station last Wednesday.

Before then, they had been detained at a secret facility by Nigeria’s intelligence agencies.

The two that were released are among the 12 leaders of the group the Nigerian government arrested last month.They are John Ojong Okongho and Nsoh Nabowah Bih.

Local media reported that the separatists’ lawyer said they were granted bail on Monday on medical grounds.

“They were released on bail because they have medical challenges. According to the police, investigations have been concluded and handed over to the Inspector General’s office.

Abdul Oroh, who has been providing legal support for the detainees, also confirmed that three separatists are still in detention without trial.

Barrister Nalowa Bih is the only lady amongst the 12 Ambazonian leaders abducted at the Nera Hotel in Abuja, alongside president Sisiku AyukTabe.
Today is her birthday and we take this opportunity to thank her for her selfless dedication to our liberation struggle. #Ambazonia pic.twitter.com/ovzKFUeSYk

In January, Nigerian authorities detained and later extradited members of the separatist movement including their leader Julius Ayuk Tabe.

While the government of Cameroon proudly announced that it had received the deported separatists, Ayub’s lawyer has complained that he has not been able to see his client or any of the other people arrested and extradited with him.