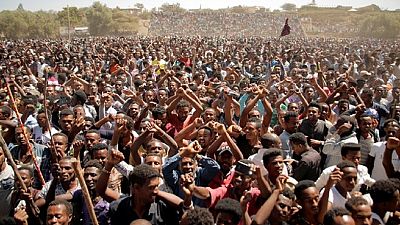 Ethiopia’s foreign affairs ministers has defended the recently declared state of emergency to diplomats in the capital Addis Ababa, even as many Ethiopians continued to organise defiance strikes.

Dr Workneh Gebeyehu told diplomats the move was necessary to restore calm in the country following months of violent protests which, he said, had threatened the country’s stability and economy.

The Council of Ministers on Friday last week declared a state of emergency that bans demonstrations and publications that incite violence, following the surprise resignation of the prime minister, Hailemariam Desalegn.

Several allies of the country including the United States and the European Union have criticised the state of emergency, saying it risks sabotaging the recent progress made by the country through reforms like the release of political prisoners.

#German Foreign Office: “We are concerned about recent domestic developments in #Ethiopia. The proclamation of the state of emergency allows for massive restrictions on civil rights. We hope the gov. will be extremely cautious in exercising its powers.” https://t.co/u1NmATdt7S pic.twitter.com/BWkfZxiPgR

The United Kingdom (UK) Minister for Africa, Harriett Baldwin also released a statement saying the state of emergency ‘sends a discouraging signal to the international community and foreign investors’.

The statement urged the government to ensure that the state of emergency lasts a short time and that human rights and the constitution are respected during its implementation.

The country’s defence minister told journalists on Saturday that the state of emergency is to last six months.

Ethiopians in the Northern region have continued to defy the ban on demonstrations, with schools remaining closed in the cities of Gondar and Bahir Dar.

The boycotts are similar to the one observed last week in Ethiopia’s largest region of Oromia.

Parliament is expected to come out of recess to endorse the state of emergency and also choose the country’s new leader.

The 180-member council of the ruling EPRDF coalition is expected to meet soon to elect a new chairman – who is expected to become the next prime minister.

Hundreds of people have died and thousands arrested since anti government protests erupted in Ethiopia in 2015.

Meanwhile, the government programme of releasing political prisoners continued with activist Nigist Yirga one of the notable prisoners released today. Yirga was jailed after the July 2016 Amhara protests and was facing terrorism charges.

The Amhara regional state also freed more than 300 people who were in prison, as part of releases promised by the government. 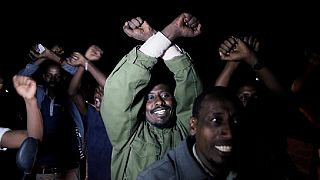 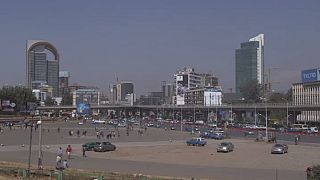 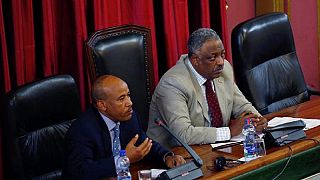