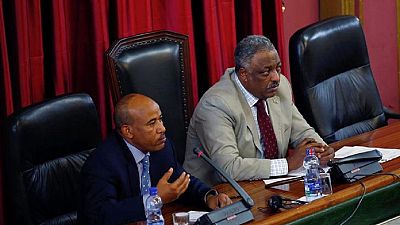 The country’s Council of Ministers declared a state of emergency barely 24 hours after the resignation of the prime minister, Hailemariam Desalegn.

The council “came to the conclusion that imposing emergency rule would be vital to safeguarding the constitutional order of our country”.

There are still pockets of areas where violence is prevalent. The council were unanimous in their decision.

‘‘There are still pockets of areas where violence is prevalent. The council (ruling EPRDF coalition) were unanimous in their decision,’‘ the defence minister Siraj Fegessa said.

An opposition politician, Bekela Gerba, who was recently released from prison by the authorities told VOA Amharic that he doesn’t think that the state of emergency will get the support of legislators from Amhara National Democratic Movement and Oromo Peoples’ Democratic Organization.

The decree is expected to be tabled to the national parliament within 15 days. The previous state of emergency was endorsed by the parliament.

The defence minister said the state of emergency includes a ban on protests and publications that incite violence.

State media are expected to provide all the details later today during news bulletins.

Gemechu believes the ruling coalition has lost authority and all parties must be involved in mapping the country’s future.

But more than 6,000 political prisoners have been freed since January as the government has struggled to placate discontent.

The prime minister’s resignation followed a wave of strikes and demonstrations successfully demanding the release of more opposition leaders.