The Jamaican women’s bobsleigh team were training in Pyeongchang on Saturday February 17 after the beer company Red Stripe supplied them with a bobsled just in time to compete.

Jazmine Fenlator-Victorian and Carrie Russell were practicing at the sliding centre ahead of the opening heats on Tuesday February 20.

The Jamaican’s participation in the Games was in doubt after the sudden departure of their coach – former Olympic and world champion Sandra Kiriasis – on Thursday February 15.

I would have to look into it. I don't know what the terms are of what they're offering in terms of sponsorship or help but I'm sure we all want to see the Jamaican team compete.

Kiriasis, who blamed her exit on an inexplicable demotion by team officials that she could not have accepted, was preparing for Jamaica’s first female bobsled appearance at an Olympic Games.

The Jamaican bobsleigh federation president Christian Stokes said Kiriasis had been “a destructive force on the team” but the 43-year-old rejected the allegations and said she had been suddenly demoted to a position as the team’s track analyst.

The decision meant there was a dispute over who owned the bobsled with Kiriasis claiming she would need to be paid in order for the Jamaicans to use it. The Jamaica Bobsleigh Federation rejected her claim but it left the team in limbo not sure if they would be able to compete.

However, late on Thursday, Red Stripe USA sent a message on Twitter to the Jamaican Bobsled Team offering to supply a bobsled with the Jamaicans replying to say they would be happy to talk about it.

Early on Saturday, the communications manager for the Jamaica Bobsleigh Team, Kathleen Pulito posted a message on Twitter confirming Red Stripe had helped the team be able to compete.

“Jamaica Bobsled texts are blowing up and I am loving it! #RedStripeToTheRescue #SleighAllDay,” she posted.

The IOC President’s Spokesman, Mark Adams said at the Games’ daily news briefing on Saturday that he wasn’t sure whether the deal between Red Stripe and Jamaica breached any IOC sponsorship or commercial rules.

Adams said he would look into it adding that he was sure everyone would like to see the Jamaican team compete. 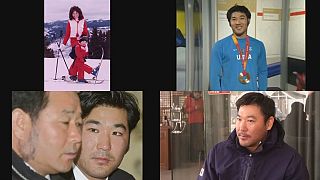