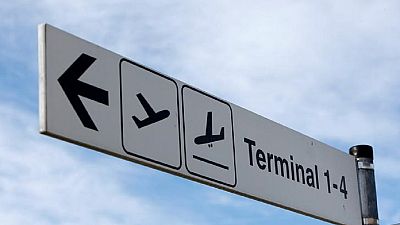 The government of Zimbabwe has announced a revised visa regime which will see citizens from 28 countries receive visas on arrival, in a bid to improve travel facilitation and unlock the potential of the tourism industry.

The country’s vice president, Rtd. Gen. Constantino Chiwenga recently said government seeks to move away from the trend in most African countries where almost two-thirds of the world’s population must obtain visas before entry.

Zimbabwe should take advantage of the international community’s confidence in the new administration to market the country as a preferred destination for tourists and investors.

“Zimbabwe should take advantage of the international community’s confidence in the new administration to market the country as a preferred destination for tourists and investors, ‘’ Chiwenga said.

Among the 28 countries moved from category C (visa obtained before travelling) to category B (visa issued on arrival) include India, Mexico, Ethiopia, Panama, Romania and Armenia among others.

Zimbabwe Tourism Authority said a full list of the countries would be made available soon, while all citizens from member states of the regional block, Southern Africa Development Corporation (SADC) will henceforth be issued visas on arrival.

The African Union (AU) recently launched the Single African Air Transport Market (SAATM), the first step in implementation of continent-wide visa free regimes including issuance of visas at ports of entry for all Africans.

Rwanda has the most progressive visa regime on the continent, having recently announced that start of its open border policy which allows, visitors from all countries in the world would be issued visas on arrival.

Rwanda’s president, recently elected AU chairperson, Paul Kagame, said free movement of persons is achievable in 2018. The AU Agenda 2063 calls for the abolishment of visa requirements for all African citizens in all African countries by 2018.