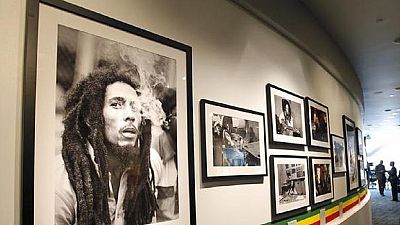 As Jamaica prepares to celebrate the birth of world-renowned Reggae icon, Bob Marley, Zimbabwe has been given the go-ahead to have a statue erected in his honor.

Bob Marley famously performed at Zimbabwe’s independence celebrations in 1980, making headlines for covering all his expenses to and from the concert and rejecting a performance fee.

He had also composed a song ‘Zimbabwe’ in 1978 for the freedom fighters agitating for the country’s independence.

I’m thrilled to have finally succeeded in this project for our beautiful country.The approval is a great achievement for Zimbabwe... as the statue will attract tourists.

Martin Chemhere , the arts consultant to the Zimbabwean government is proposing that the statue is erected at the Rufaro stadium in Harare, where Marley performed.

Chemhere has been speaking with Marley’s estate about building the statue and seems to have got the go ahead.

“I’m thrilled to have finally succeeded in this project for our beautiful country,” Chemhere said, according to TeleSur.

“The approval is a great achievement for Zimbabwe… as the statue will attract tourists.”

But there are some conditions: the statue must be for the public and pre-approved by the Marley family. Zimbabwe, or a private sponsor, must also cover all the costs of erecting it.

“The reason behind this statue is that of Africa’s more than 50 countries Bob Marley only performed in Zimbabwe as part of the country’s independence celebrations in 1980,” Chemhere explains.

The consultant disclosed that the eight-meter bronze statue will be sculpted by two South African artists, Andre Prinsloo and Ruhan Janse Van Vuuren, who are best known for creating a Nelson Mandela statue which is located at the Parliament-Union Buildings in Pretoria, South Africa.

Meanwhile, in Kingston, preparations for the annual Bob Marley birthday celebrations are underway.

Marley’s grandson Skip and his son Stephen are expected to grace the activities that will include tributes, symposiums, a kiddie village and concert.