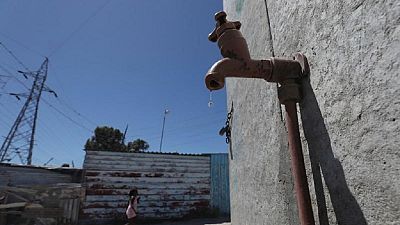 Reduced rainfall has lowered the water levels of the Umbeluzi and Sabie rivers, which supply people in the affected areas with water.

“The rain is not falling sufficiently both in Maputo and in Swaziland, where most rivers supplying water to Maputo, Boane and Matola come from,” said Agostinho Vilankulos, head of the department of the management of rivers in the country’s southern region.

We are going to reintroduce restrictions, with obvious consequences. What is likely to happen is that some regions will get water supply today and miss the next day.

The United Nations World Food Programme on Friday warned that poor rains and crop infestations are putting millions of people in Southern Africa at risk of deeper hunger.

Large swathes of land across the region, from South Africa to Zambia, has been hit by high temperatures and low rainfall, while an invasive crop-eating army worm outbreak has shrunk cereal crop production for 2018, experts said.

South Africa’s coastal city of Cape Town recently asked its citizens to pray for rain as it grapples with acute water shortage.

Prolonged drought has particularly affected the Capetonians who are dreading each day that passes as they come closer to Day Zero, when the taps run dry.

Vilankulos said Mozambique would be introduced water restrictions, as has already happened in South Africa.

“This situation is critical,” he added. “We are going to reintroduce restrictions, with obvious consequences. What is likely to happen is that some regions will get water supply today and miss the next day. The water supply is likely to go down and down to between three to four hours a day.”

On Thursday an alert was issued by a regional food and nutrition expert group urging action on the possible impact of a “prolonged dry spell” would have on the agricultural season.