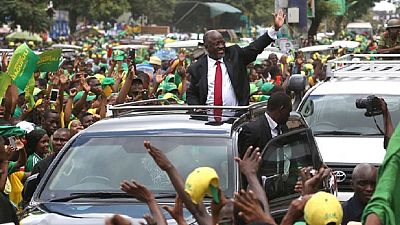 Tanzanian president John Pombe Magufuli has tasked the Chief Justice to probe how some judges are able to go on expensive European vacations, The Citizen portal reports.

According to him, knowing how much judges ordinarily earn, it was baffling that some judges are able to fly with their families abroad and stay in expensive hotels.

“I know salaries of judges. They are not very different from my salary but I wonder how do some judges manage to spend their holidays in Europe every year?

“They go there with their families and spend one month in those hotels. You (CJ Ibrahim Juma) need to get to the bottom of this issue,” Magufuli nicknamed the bulldozer added.

He was speaking at an event to climax the beginning of a new law year on Thursday, February 1, 2018. Incidentally at the start of the week-long celebration, the CJ had also warned politicians and civil servants to stay off the judicial arm of government.

“Anybody who does so will be dealt with accordingly … this is the message I want to send. We are going to be stricter at this at the magistrates’ and judges’ level in dealing with anyone who crosses over to interfere with our decisions and independence.

“I appeal to all government leaders to refrain from meddling with the issues that are within the rights, status and constitutional authority of the judiciary,” the 60-year-old who was appointed in September 2017 stressed.

Magufuli in October last year disclosed how much he earned monthly as president of the East African country.

Speaking on a live television programme this morning, the 58-year-old leader said his salary was 9 million Tanzanian shillings. The amount translates to a little above $4,000 or £3,000.

Whiles addressing a local government agency – the Association of Local Authorities – Magufuli reiterated the need to combat corruption in all facets of government machinery.