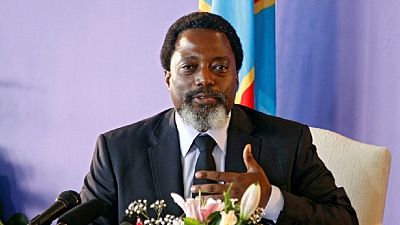 Congolese President Joseph Kabila on Friday rejected charges that his forces had violently broken up pro-democracy protests, stirred by his refusal to step down at the end of his mandate.

After a week of simmering unrest following the shooting of protesting churchgoers in Kinshasa, Kabila gave his first news conference in six years and accused demonstrators of arson and attacking the police.

But he offered no firm word on when there could be new elections for president – the issue that has caused a wave of protests against his rule since his mandate expired at the end of 2016 – though he mentioned a high price tag on holding elections.

We have to clarify our relations with MONUSCO in the coming days,” Kabila said. “I hope they ... don’t consider Congo as a country under the tutelage of the United Nations.

“I am not (and) … will never be against peaceful protests by political parties,” Kabila, wearing a dark suit and tie and sporting what has become his trademark goatee, told journalists in the presidential palace in Kinshasa.

“But (not) if a political demonstration is intended to burn, kill police … incinerate things.”

Scores of people have been killed in the past year in protests, organised by the Catholic Church, against Kabila’s refusal to step down in December 2016, and delays in calling new elections.

Security forces shot dead at least six people and wounded dozens more last Sunday when they broke up a protest by churchgoers in the capital.

Kabila, who has been in power since his father was shot dead in office in 2001, has denied his opponents’ charges that he is simply aiming to cling on to power for as long as he can.

The rising tide of protests has drawn condemnation from Western powers, including France, Britain, the United States and former colonial master Belgium.

Under a deal mediated by the church between Kabila and his opponents, the president was to step down at the end of last year, paving the way for an election early this year.

But he reneged on the deal and elections will not take place until the end of 2018, at the earliest.

Pressed on a date for the elections, Kabila said it was up to the electoral commission to set it.

Kabila’s opponents suspect him of seeking a referendum to change Congo’s constitution to enable him to run for more than two terms, as the leaders of neighbouring Uganda, Rwanda and Congo Republic have. He has neither confirmed nor denied this.

“I have not seen anywhere in CENI’s (the national electoral commission’s) calendar where the organisation of the referendum is planned,” Kabila said, when asked about it. He also said elections would cost $1.2 billion, which he complained was “exorbitant”.

Kabila’s refusal to step down has emboldened armed rebel groups, raising the prospect of the vast, mineral-rich nation sliding back into the wars that killed millions of people in the 1990s, mostly from hunger and disease.

It has also raised tensions with the United Nations peacekeeping mission (MONUSCO), which has often stepped in to defend Kabila’s government against rebels but now sometimes finds itself having to shield civilians against Congolese forces.

“We have to clarify our relations with MONUSCO in the coming days,” Kabila said. “I hope they … don’t consider Congo as a country under the tutelage of the United Nations.”

He did not elaborate.