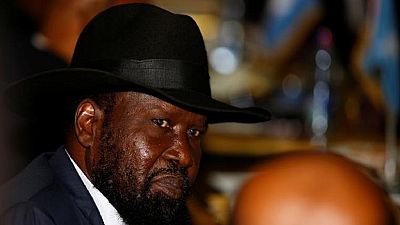 The international body tasked with monitoring and evaluation of the 2015 peace agreement in South Sudan has called upon the warring parties to respect the Ceasefire and Transitional Security Arrangement Monitoring Mechanism, (CTSAMM).

The Joint Monitoring and Evaluation Committee (JMEC) chairman, H.E. Festus Mogae, reminded the government and rebel sides that they must fully respect and comply with the terms of the Agreement on the Cessation of Hostilities, Protection of Civilians and Humanitarian Access, signed on 21st December 2017,

“CTSAMM teams are the direct representatives of IGAD and the wider international community on the ground in South Sudan and as such they must command our full respect and total cooperation,” Mogae said in the press statement.

It is therefore regrettable that public statements continue to be made which have the effect of undermining public acceptance of and confidence in regional and international peacekeeping efforts. It is the parties’ responsibility to ensure cooperation with CTSAMM and UNMISS.

JMEC’s reaction came after the government criticized the CTSAMM over the weekend, saying it lacks capacity to investigate or verify violations. The government went ahead to allege that ‘all its reports are biased’.

“It is therefore regrettable that public statements continue to be made which have the effect of undermining public acceptance of and confidence in regional and international peacekeeping efforts. It is the parties’ responsibility to ensure cooperation with CTSAMM and UNMISS to guarantee safe, open access to monitoring efforts and investigation teams, and CTSAMM’s work should not be impeded or interfered with in any way, ‘’ Mongae said.

CTSAMM last week announced that it had launched investigations into allegations of truce violations in Jonglei state where the First Vice President Taban Deng Gai conducted a tense visit.

Mogae said the CTSAMM has and will continue to report any verified violations of the ceasefire, either in terms of specific acts of violence, military movement or any other actions that contravene the terms of the Agreement. Where necessary and where proven, CTSAMM apportions blame and responsibility as appropriate.

“CTSAMM is actively monitoring and investigating a number of incidents and movements around the country. It remains the responsibility of all Parties signatory to the Cessation of Hostilities Agreement to uphold their obligations to ensure unrestricted access to CTSAMM ceasefire monitors so that they can accurately and speedily report on the situation around the country,” JMEC Chief says.

“Article 4, paragraph 3 of the ACOH says, “the parties shall not carry out unwarranted verbal or physical attacks against CTSAMM, JMEC, IGAD, AU, UN or any other entity associated with implementation of this agreement,” he explained

A four-year war in oil-rich South Sudan, a country that got her independence in 2011 from Sudan government after two decades of civil war, has forced more than a third of its 12 million citizens to flee their homes.