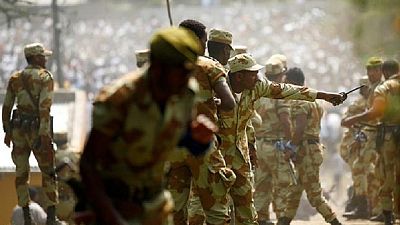 Spokesperson for the United Nations High Commissioner for Human Rights has in a press briefing called for a probe into the latest clash between the Ethiopian security forces and anti-government protesters.

According to Ravina Shamdasani’s statement issued on Tuesday January 23, 2018; the Amhara regional state government should ensure that its promised probe into the matter is “prompt, independent, impartial and effective.”

Seven people were killed when security forces discharged live bullets on festival goers who were taking part in the Ethiopian Orthodox Church’s Epiphany celebrations over the weekend.

We urge for this to be a prompt, independent, impartial and effective investigation to ensure those responsible for any violations are held accountable.

The statement said the Woldiya incident happened “when the security forces tried to stop people from chanting anti-government songs and allegedly opened fire on them. Protesters reportedly later blocked roads and destroyed a number of properties.”

Reuters said the government spokesman Negeri Lencho, reacting to Shamdasani’s statement, told journalists on Tuesday that demands by the public should be “raised peacefully.” Security forces should exercise restraint and avoid actions that could lead to death and injury, he said.

The same statement also raised concerns about human rights infractions in the Democratic Republic of Congo (DRC). Below is the full statement as concerns Ethiopia in a release titled: “Press briefing note on DRC and Ethiopia.”

“We are extremely concerned by the use of force by security officials against worshippers celebrating the Ethiopian Orthodox festival of Epiphany this weekend that left at least seven people dead and a number injured.

“The incident, in Woldiya City in Amhara Regional State on 20 January, reportedly took place when the security forces tried to stop people from chanting anti-government songs and allegedly opened fire on them. Protesters reportedly later blocked roads and destroyed a number of properties.

“This incident is all the more regrettable, as it comes just two weeks after Ethiopia’s ruling coalition, the Ethiopian People’s Revolutionary Democratic Front, officially announced its intention to undertake reforms.

“We call on the authorities to ensure that the security forces take all feasible measures to prevent the use of force.

“We understand that the President of Amhara Regional State, who confirmed that there had been deaths and injuries, said there would be what he termed a “careful examination” of the incident.

“We urge for this to be a prompt, independent, impartial and effective investigation to ensure those responsible for any violations are held accountable. We also call on the Government to undertake the necessary legal and policy reforms, along with guidance and training, to create the conditions for law enforcement officials to operate in line with international standards.”