Zimbabwe to reduce fuel prices after cuts on import tax 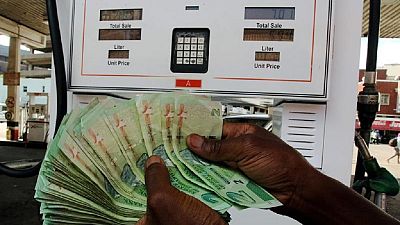 Zimbabwe has cut its import tax on petrol and diesel by as much as 17 percent, the first time it has done so since it adopted the U.S. dollar in 2009, in a bid to lower the pump price for motorists, a government official said in a statement.

Motorists in Zimbabwe pay more for petrol and diesel than most southern African nations. The price of petrol is $1.41 a litre while diesel costs $1.33.

Willard Manungo, the secretary for the Ministry of Finance said import duty for petrol was cut by 6.5 cents to 38.5 cents a litre and 7 cents to 33 cents for diesel with effect from midnight on Monday.

“This will also have the impact of reducing the impact of fuel costs in the economy’s overall production cost structures across all sectors,” Manungo said.