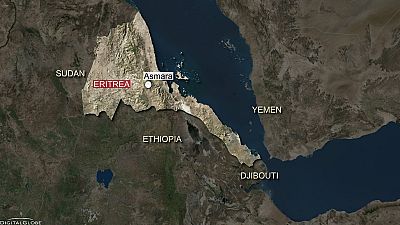 The Dutch government has told the highest representative of Eritrea in the Netherlands to leave the country, minister of Foreign Affairs Halbe Zijlstra said on Wednesday.

Tekeste Ghebremedhin Zemuy has been declared persona non grata, Zijlstra wrote in a letter to parliament, as the government found mounting evidence of Eritrea continuing to force tax payments from people who fled the country.

A spokesman for the Eritrean Embassy declined to comment on the decision.

This is an exceptionally severe measure, meant as a signal to the government of Eritrea. We want to make clear that we don’t tolerate these unwanted practices.

Dutch radio programme Argos last month said Eritrean refugees were being intimidated into paying a “diaspora tax” at the embassy in The Hague, in order to get access to its services, despite earlier orders by the Dutch government to stop this practice.

“This is an exceptionally severe measure, meant as a signal to the government of Eritrea”, Zijlstra said. “We want to make clear that we don’t tolerate these unwanted practices.”

Zijlstra said he had decided not to close the entire embassy, against the will of a majority in Dutch parliament, as that would make it impossible to help Eritreans.

He called on Eritreans to report criminal offences they had experienced at the embassy.

Indeed on social media, a number of people condemned the expulsion of the diplomat and what they described as ‘double standards’ in treatment of countries with ‘diaspora tax’.

My 2% is too little to #Eritrea. No one forced me to pay and no one can stop me.
Mijn 2% is te weinig voor Eritrea. Niemand dwong me om te betalen en niemand kan me stoppen.#Netherlands gov stop bullying our gov. NLatUN NLintheUSA MinPres https://t.co/QYToJzy4T2 pic.twitter.com/SOdVzU5ol8

Unless you believe, #African country #Eritrea does not have the right to tax it’s own citizen, why all this hoopla ? let #Netherlands former slave owners bark like a dog ?. they can’t stop the camel ? of the red see

Eritrea too. But their tiny 2% diaspora tax receives universal condemnation & action. Whereas US bullies foreign governments, foreign financial institutions & foreign residents for substantially more. Outright theft of capital belonging to other nations and their residents. https://t.co/1fjLmya486

The USA has the same sort of tax. They tax me on my foreign income, but the difference is I can't choose not to pay and simply lose consular services. If I don't pay America's tax, I go to prison. Why don't the Dutch kick the Americans out? I think we all know why. #Eritrea