Zimbabwe gets its first billionaire 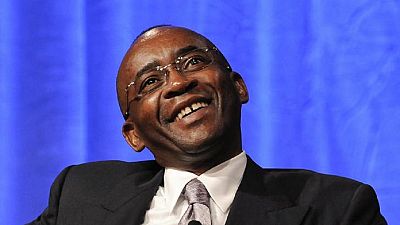 According to a report by Forbes, Masiyiwa, 57, is now worth $1.7 billion, a fortune sufficient to rank him along other African billionaires like Nigeria’s Aliko Dangote.

The Forbes 2018 List of the Richest Africans confirmed that Dangote is still the richest man on the continent with a fortune of $12.2 billion. His investments in cement, oil and fertiliser production have paid off.

Econet also has a Pay television outfit, Kwesé TV, which is already competing favorably across Africa with Naspers’ DSTV.

The Forbes list of 23 shows that Africa’s richest individuals hail from 8 countries; 8 from South Africa, 6 from Egypt, 3 from Nigeria, 2 from Morocco and one list member each from Algeria, Angola, Tanzania and Zimbabwe.

The list has only two women; Isabel dos Santos, who is worth an estimated $2.7 billion and Nigeria’s Folorusho Alakija whose estimated $1.6 billion fortune lies in oil exploration firm Famfa Oil, which is partnered with Chevron and Petrobras on a lucrative offshore oil field.

The youngest billionaire in Africa hails from Tanzania. At age 42, Mohammed Dewjihas a net worth of $1.5 billion having inherited and expanded a textile and edible oils group from his father.

Forbes tracks the wealth of African billionaires who reside in Africa or have their primary businesses on the continent.

The net worths were calculated using stock prices and currency exchange rates from the close of business on Friday, January 5, 2018.