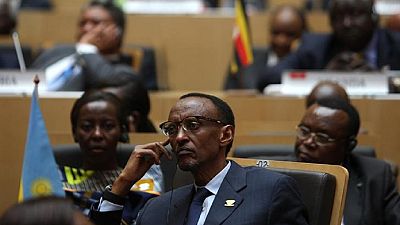 African finance ministers will meet in Rwanda on Saturday to review progress on the implementation of the 0.2% levy on imports aimed at fully financing the African Union (AU).

The funding model was adopted during a Heads of State and Government Summit in Kigali, Rwanda in July 2016.

The same summit elected Rwanda’s Paul Kagame to take over from Alpha Code of Guinea as AU chair and when he effectively took over on January 1, 2018, his task is clear; steer the continental body away from heavy dependence on aid.

The statement adds that four other countries have initiated internal legal and administrative processes to allow collecting of the tax.

AU member states estimate to raise $1.2 billion through the import levy that would make the bloc self-sustaining and end dependence on donors who fund about 70 per cent of the budget.

The finance ministers meeting in Kigali will review recommendations to be presented at the next Summit in Addis Ababa, Ethiopia later this month.

Rwanda’s President Paul Kagame, who spearheaded the continental reforms, will assume the role of chairmanship of the African Union for the year 2018 at the Summit.