Sudan gov't says 'bread protestors' will be dealt with firmly 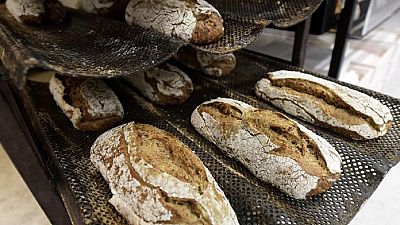 Sudanese authorities have warned they will use force to deal with protests against the increase in the prices of bread.

At least one person has been killed and schools ordered closed since demonstrations started four days ago.

Bakeries in Sudan doubled the price of bread on Friday, sparking off protests in the capital Khartoum and several other regions.

In response, the government is reported to have launched a campaign of arrests alongside a media crackdown. Classes were suspended in the Western Darfur State after a student was killed and others wounded during demonstrations.

Interior Minister, Babikir Digna, said the police would use force against protesters who destroyed property. But he denied that the demonstrations were linked to the cost of bread.

Bread prices doubled from 7 US cents to 14 after the government’s decision to stop importing wheat led to a 300% hike in the price of flour.

The opposition urged people to go to the streets to protests what they described as an unprecedented rise in the cost of living. Several opposition politicians are reported to have been arrested.

Sudan has begun a series of economic reforms in line with International Monetary Fund recommendations to try and get the economy back on track, months after a U.S. decision to lift sanctions raised hopes that badly needed investment may return.