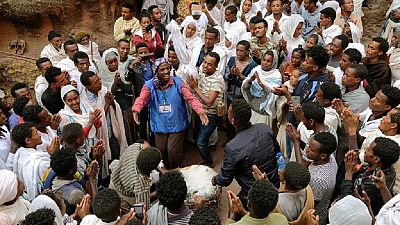 Ethiopians are celebrating the birth of Jesus Christ across the country but the center of its biggest commemoration is in the northern Amhara State’s town of Lalibela.

Coptic Christians celebrate the birth of Jesus Christ on January 7 according to the Julian calendar that pre-dates the commonly observed Gregorian calendar.

The faithful gather around Lalibela’s rock-hewn churches alongside foreign tourists who visit the country at this time. Lalibela is famous for its monolithic rock-cut churches. It is one of Ethiopia’s holiest cities, second only to Aksum, and a center of pilgrimage.

We should assist the have-nots and displaced people during the festivity. We should also maintain our unity by solving our problems by ourselves.

Here are some photos from the eve of the celebration in Lalibela. Pilgrims are shown at the Bete Mariam (House of Mary), Bete Amanuel, “House of Emmanuel” and Bete Giyorgis Church (St. George’s Church) that is considered to be one of the eleven rock-hewn churches in Lalibela. 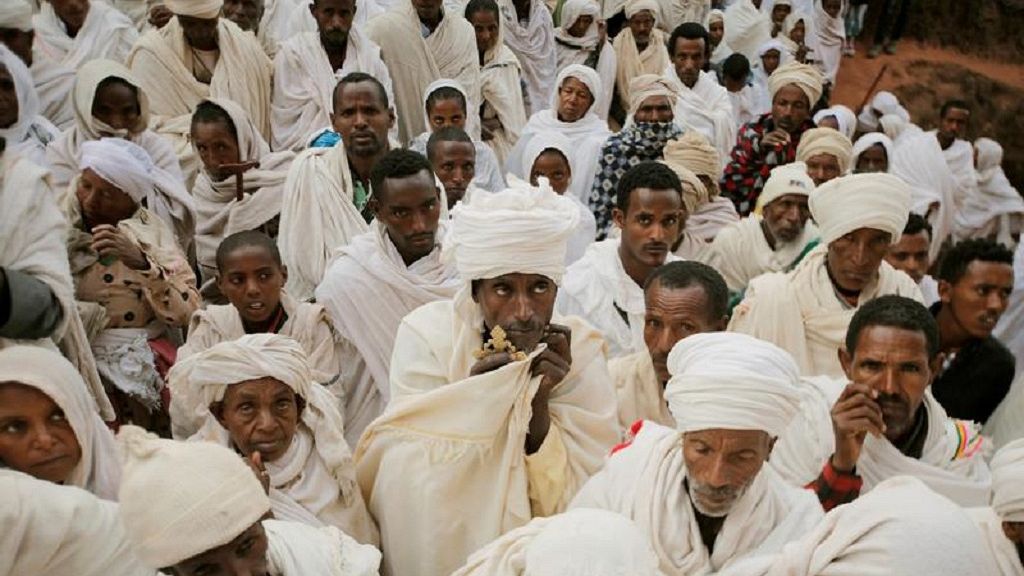 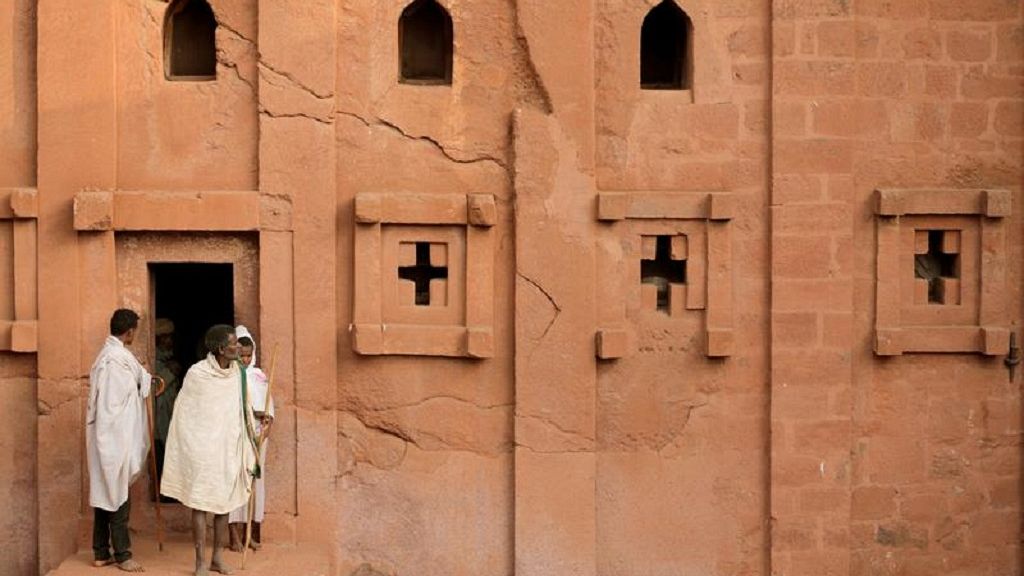 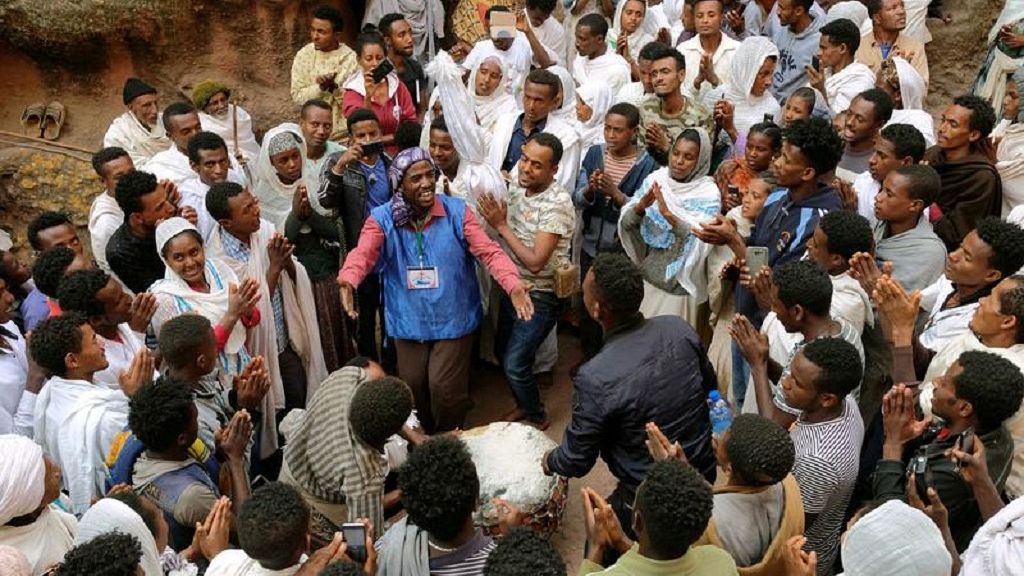 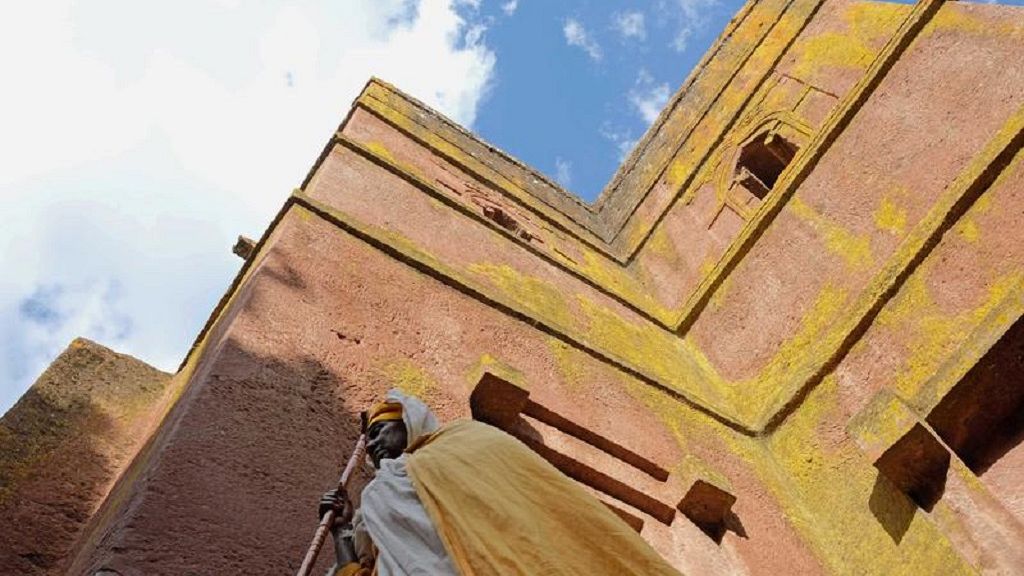 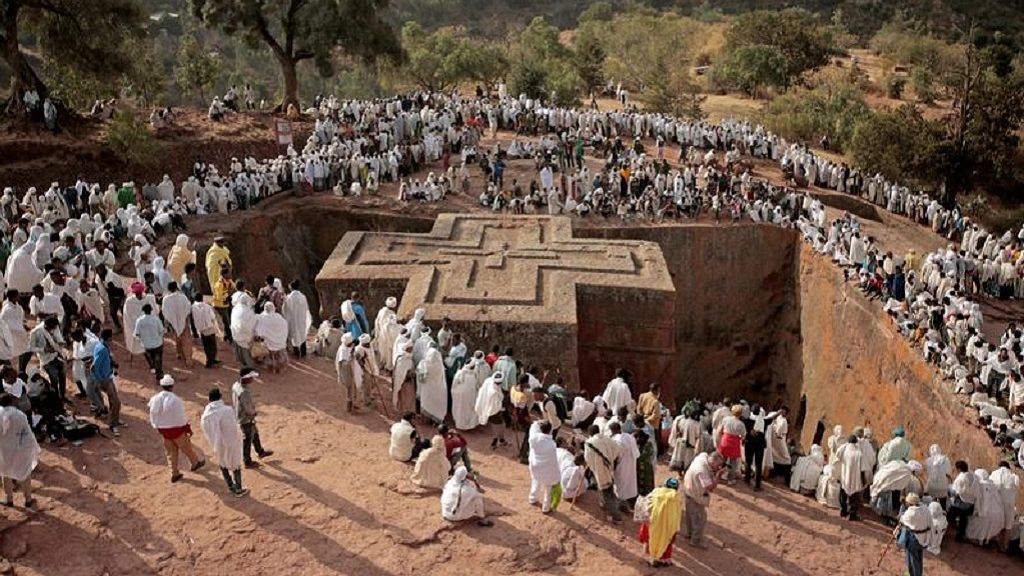 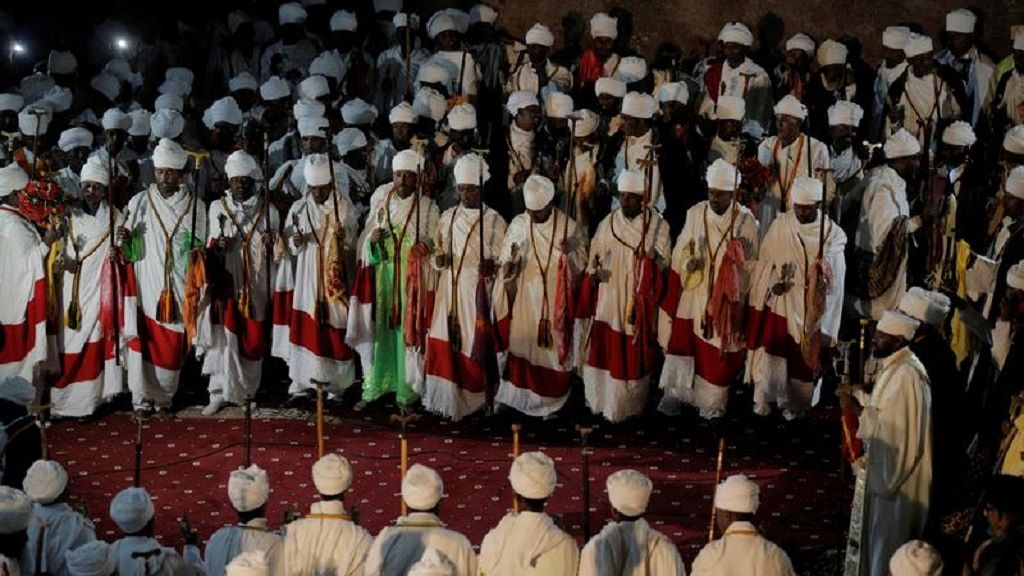 Calls for peace by religious leaders

The state affiliated FBC reports that most religious leaders in the country have called for peace and unity during the celebration which is locally referred to as “Gena.”

“We should assist the have-nots and displaced people during the festivity. We should also maintain our unity by solving our problems by ourselves,” Abune Mathias, Patriarch of Ethiopian Orthodox Tewahdo Church is quoted to have said.

“Pastor Tsadiku Abdo, President of the Evangelical Churches Fellowship of Ethiopia for his part called on the people to prioritize peace,” the FBC report added. 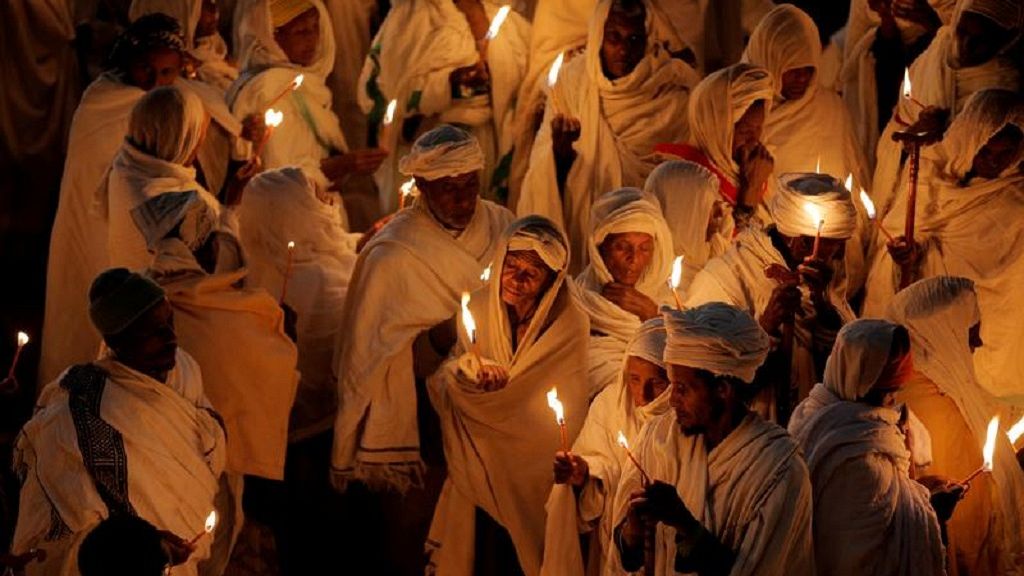 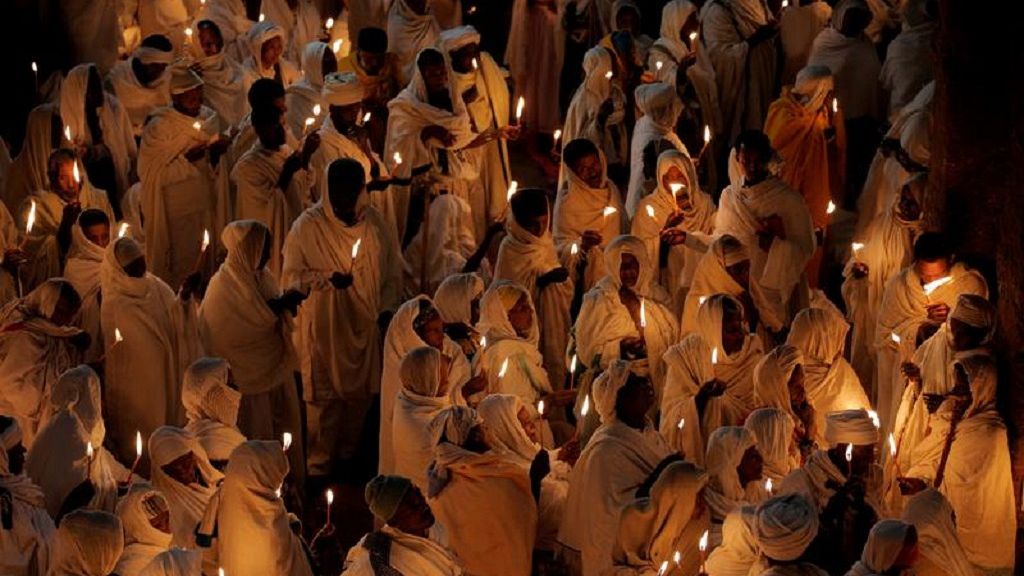 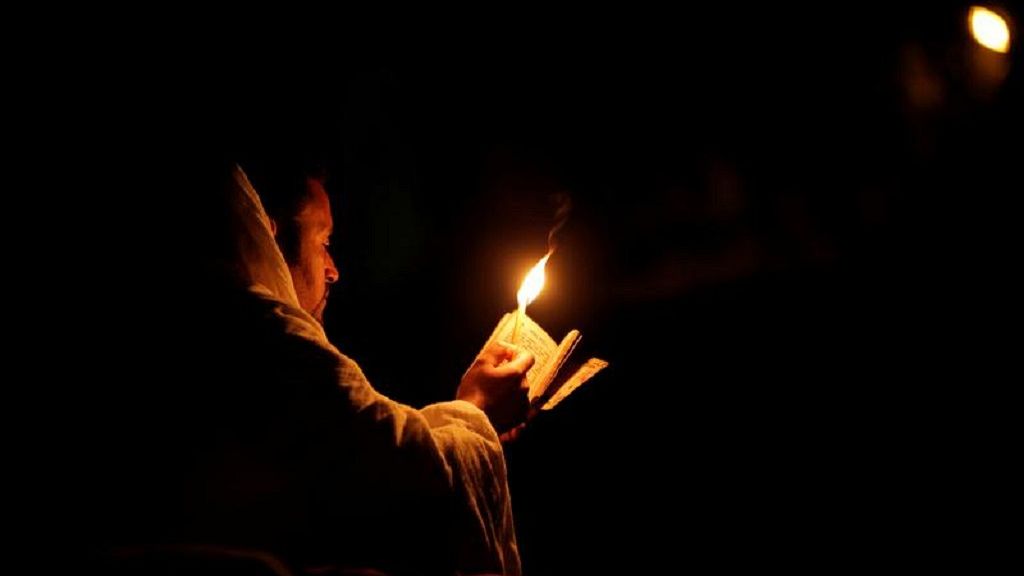 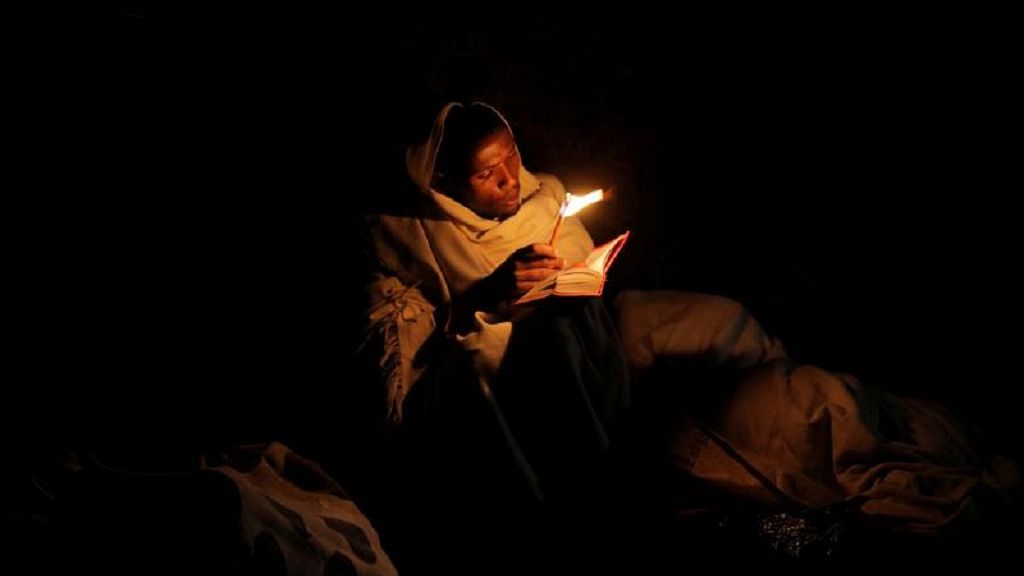 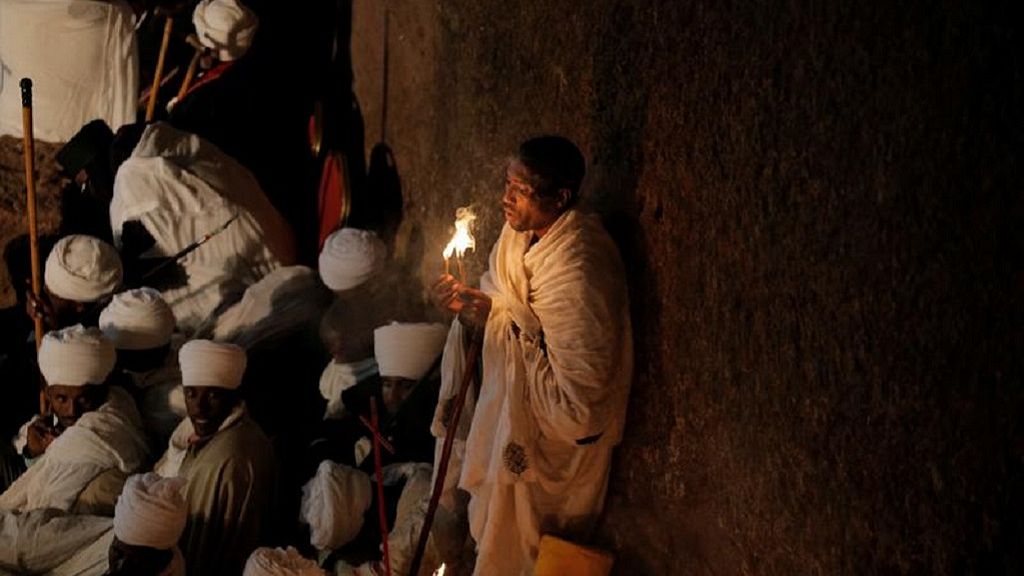 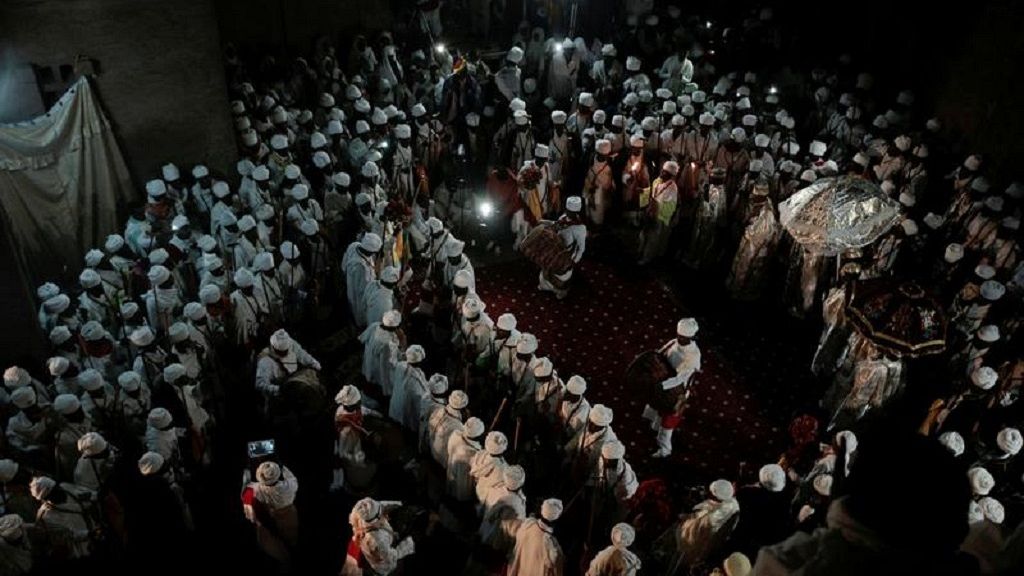 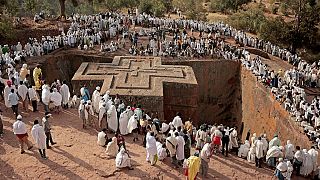 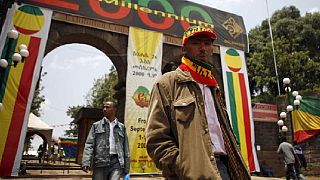 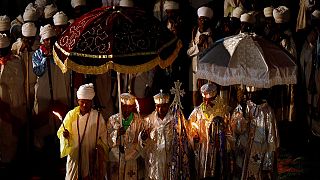