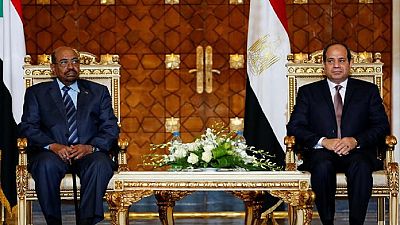 Sudan has recalled its ambassador from neighbouring Egypt for consultations, the foreign ministry said on Thursday, without giving details on why or how long he would stay.

“The Ministry of Foreign Affairs decided on Thursday 4 January 2017 to summon Sudan’s ambassador to Cairo, Ambassador Abdel-Mahmood Abdel Halim, to Khartoum for consultation,’‘ read part of the statement confirming the development.

Egypt’s foreign ministry who claim to have learnt of Kharthoum’s decision through their embassy in Sudan are evaluating the situation in order to take “appropriate action”.

The Ministry of Foreign Affairs decided on Thursday 4 January 2017 to summon Sudan’s ambassador to Cairo, Ambassador Abdel-Mahmood Abdel Halim, to Khartoum for consultation

Relations have been soured by disputes over the ownership of the Halayeb Triangle border area, and over the use of the water from the River Nile that passes through their territories.

Egypt on the other hand through state run media has condemned the recent signing of an agreement with Turkey over Sudan’s Red Sea island of Sawakin.

The Egyptian media believe the agreement to build a military naval base is designed to destabilise the government of President Abdel Fatah el-Sisi, in collaboration with Qatar, whose army chief of staff was also hosted in Sudan recently.

Media reports emerged this week indicating that Egypt wants Sudan excluded from the tripartite talks over Ethiopia’s Grand Ethiopian Renaissance Dam. The Egyptian foreign ministry has since denied the claims.

Egypt has been vocal in its concerns that the dam will reduce its vital share of the Nile’s waters and talks have been ongoing to resolve the impasse with Ethiopia.