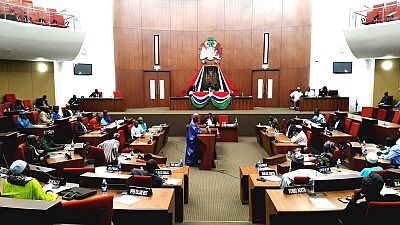 The minister’s motion was unanimously accepted by the lawmakers, the state run GRTS said. “The unilateral withdrawal of the Gambia from the Commonwealth by former president Jammeh is regrettable and considered to be a major low point in the foreign relations of the Gambia.

“The decision to withdraw the Gambia was not made in consultation with the National Assembly, general public or government institutions that benefited from Gambia’s relations with the Commonwealth,” Darboe said.

Happening right now: The Hon. Minister of Foreign Affairs moves motion on The Gambia’s Re-Entry to the #Commonwealth before the National Assembly in Banjul. pic.twitter.com/Wc7h7EP0vc

The Adama Barrow – led government confirmed on December 11 that it had submitted an application to return to the global body led by the United Kingdom (U.K.).

In 2013, exiled President Yahya Jammeh, pulled the West African country out of the Commonwealth. Jammeh at the time gave the reason that the 54-member group was a ‘neo-colonial institution.’

But soon after Jammeh’s shock defeat to Barrow in December 2016 elections, the Commonwealth intimated that its doors were open to a return by the Gambia.

A December 2016 statement issued by its Secretary-General Patricia Scotland said, “When The Gambia left the Commonwealth in 2013, heads of government, meeting in Colombo that year, noted this decision with regret, and looked forward to the country’s eventual return. Like every close knit family, our Commonwealth doors remain open.”

Beside the Commonwealth, Jammeh had announced the withdrawal of the Gambia from the International Criminal Court (ICC) in 2016. Barrow rescinded the decision soon after taking office. It was one of the campaign promises of the then opposition coalition.