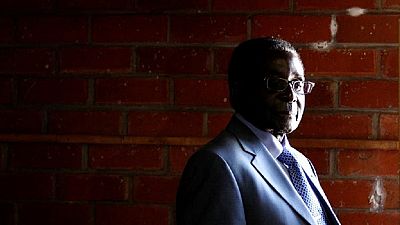 November 17, 2017 was the last time former Zimbabwean president Robert Mugabe was pictured in public. He had attended a graduation ceremony in the capital, Harare, despite being under house arrest. He went on to address the country two days later but did not resign.

On November 21, Zimbabweans home and abroad celebrated the news of his resignation as the parliament heard an impeachment motion against the 93-year-old.

He left Harare to Singapore earlier this week – reports said the trip was part of his annual leave and also for a routine medical checkup. The very first picture of Mugabe after stepping down was shared by AFP News agency.

Zimbabwe's former president Robert Mugabe visits a Singapore hospital for medical check-up, the first time he has been seen in public since being ousted from power last month https://t.co/0swuTzlm0l pic.twitter.com/GQtxUSAZZ3