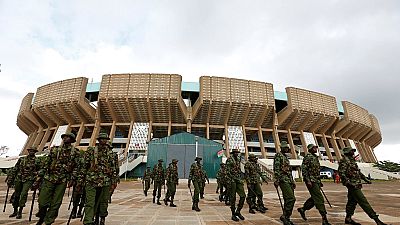 Kenyans on social media have mocked Uhuru Kenyatta’s government over the country’s independence day celebrations that were poorly attended in the capital Nairobi.

The 60,000 seater Kasarani stadium that was filled beyond capacity two weeks ago at the inauguration of President Kenyatta and Deputy President William Ruto, was barely filled at the country independence ‘Jahmuri’ celebrations.

Jamhuri Day is one of Kenya’s most important holidays due to its historical significance. It celebrates Kenya becoming a republic on 12 Dec 1964 and also marks Kenya’s independence from the United Kingdom a year earlier on 12 Dec 1963.

This year’s Jahmuri Day was particularly significant because of the heated political environment that has polarised the nation along ethnic lines following the contested presidential elections.

Jubilee’s Uhuru Kenyatta and William Ruto won the October 26 election with 98% of the votes cast after a defiant Raila Odinga of the opposition coalition NASA withdrew from the race citing unfulfilled electoral reforms. The results of the presidential election held on August 8 had been annulled by the Supreme Court after hearing the opposition’s petition alleging irregularities and failure of the electoral commission to fully comply with the country’s electoral laws.

Kenyatta was therefore expected to continue addressing the need for integration, dialogue and harmonisation of Kenyans at today’s celebrations that would have coincided with Odinga’s planned ‘illegal’ inauguration as the ‘people’s president’.

The opposition National Super Alliance called off the inauguration yesterday following repeated calls by the government and international stakeholders to Raila Odinga to pursue dialogue rather than confrontation.

The celebrations were mocked on social media, with many Kenyans saying there would be no celebrations until dialogue and reconciliation are achieved.

There was however an even more heated conversation online concerning the medals and honours that were handed out by the president to ‘deserving’ Kenyans.

The ‘Githeriman’ whose picture on election day showing him lining up to vote while carrying githeri, a local Kenyan delicacy, in a clear polythene bag, trended after the August 8 polls was one of those honoured.

Kenyans questioned the rationale of the awards saying awardees like the Martin Kamotho a.k.a. Githeriman had not performed any extraordinary service for their country to deserve the Head of State Commendation.

The president is supposed to issue the State commendations – Orders, decorations, and medals – in recognition of outstanding or distinguished services rendered to the nation in various capacities and responsibilities. 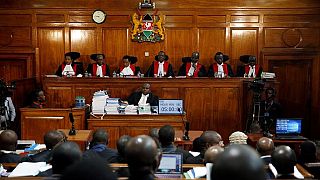 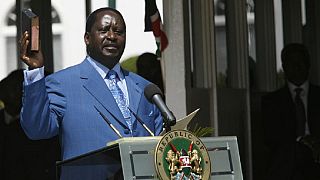 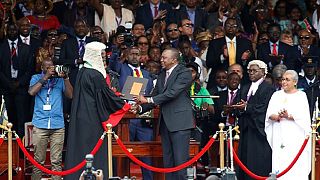