<p>Kenya’s main opposition coalition, the National Super Alliance (<span class="caps">NASA</span>) has announced a postponement of the swearing-in ceremony of its leader Raila Odinga as president of the country.</p> <p>A statement released on Sunday, two days to the December 12, event said the latest decision had been reached “following extensive internal consultations and engagements with a wide range of national and international interlocutors.”</p> <p><span class="caps">NASA</span> said it was aware that the postponement will be a disappointment to Kenyans who were looking forward to the day. They added that a new date for the event will be announced in the coming days</p> <p>“We wish to assure them that our resolve has not changed. Specifically, we wish to reiterate that any national dialogue must have electoral justice on the agenda. We are not interested in sharing illegitimate dictatorial power,” a statement signed by Raila Odinga and three other leaders stated.</p> <blockquote class="twitter-tweet" data-lang="en"><p lang="en" dir="ltr">Statement on Inauguration of The Rt. Honourable Raila Odinga and His Excellency Kalonzo Musyoka <a href="https://t.co/v95p1owPYg">pic.twitter.com/v95p1owPYg</a></p>— <span class="caps">NASA</span> Coalition (@CoalitionNASAKe) <a href="https://twitter.com/CoalitionNASAKe/status/939890768021458945?ref_src=twsrc%5Etfw">December 10, 2017</a></blockquote> <script async src="https://platform.twitter.com/widgets.js" charset="utf-8"></script> 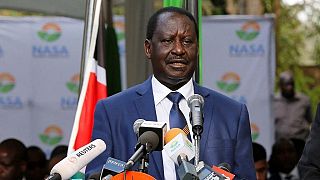 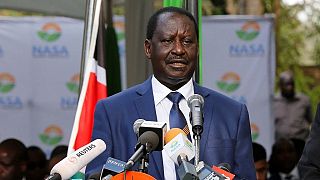 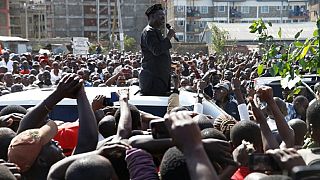 Kenya: Odinga to be sworn-in on December 12

Kenya: Odinga to be sworn-in on December 12