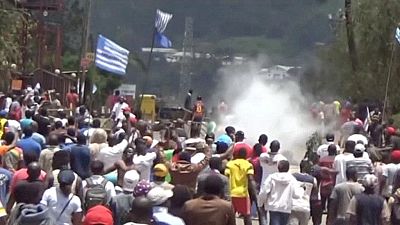 Four makeshift bombs have exploded in Cameroonian city of Bamenda – capital of the restive North West region. No casualties were recorded except for minor damage.

A source quoted by the AFP news agency said “Four home-made bombs exploded in Bamenda, one at 21:00 and the three others at 3:00 am.”

The overnight attack comes on the back of a series of attacks last week which killed four members of the security forces according to the government.

Bamenda is currently under a curfew following the deadly attacks of last week. The first attack of a week ago was also an overnight raid on a checkpoint with the assailants making away with weapons of the killed officers.

Buea, capital of the other part of the Anglophone region, the South West is also under a curfew with the possession and use of fire-arms outlawed.

The two regions are at the heart of what has become known as the ‘Anglophone crisis.’ Separatists are pushing for an independent republic under the name Ambazonia.

The attack on security forces is a violent turn to the protests which have largely been heavily clamped down upon by the security forces. A symbolic declaration of independence scheduled for October 1 was met with force leading to deaths, injuries and mass arrests.