Protesters called on the international community to come to their aid as they complained about the long detention period and said they did not feel safe.

“And we pray and we wish, that if New Zealand will do something, in this moment right now, We don’t want to go to Australia. We wish if could go to some other country’‘, said asylum seeker Abdul Aziz Adam.

Protesters demanded to go to New Zealand after Prime Minister Jacinda Ardern said she would offer to take 150 refugees held by Australia when she met her Australian counterpart Malcolm Turnbull on Sunday (October 29).

An asylum seeker, Yaser said “Please! From last four years, they’re having experiment on us. It should be enough. Just consider us human. We don’t need your food, we don’t your electricity.

“The only thing we need, just consider us human. It should be enough that we’re suffering from last four years. I think it’s not 18th century, it’s 21st century.

“So we should do something, Australia should do something for us and they should hand all of us to New Zealand. Most of us, 99 percent of us, want to go to a third country which is much more good than PNG (Papua New Guinea) and Nauru’‘.

The detainees in the Manus Island centre have defied attempts by the governments of both Australia and Papua New Guinea to close the camp, saying they fear violent reprisals from the local community if they are moved to other “transit centres”. The United Nations human rights office called on Australia on Friday to restore food, water and health services to detainees. 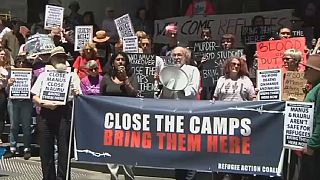 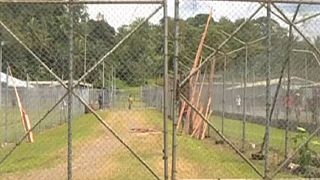