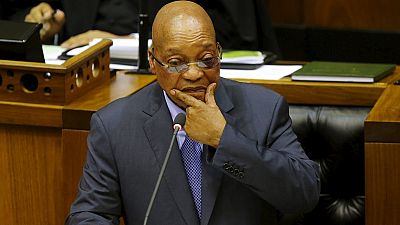 South Africa’s scandal-prone President Jacob Zuma told lawmakers on Thursday that he had received no payments from private companies or individuals during his tenure.

“I did not receive any payments from private individuals or companies during my tenure as president of the Republic of South Africa, other than those disclosed or reported to the necessary authorities,” he said in an answer to a question in parliament.

Zuma is accused of being influenced by the wealthy Gupta family in making government appointments and awarding contracts by state-owned firms.

The Guptas and Zuma deny wrongdoing and say they are victims of a politically motivated witch-hunt.