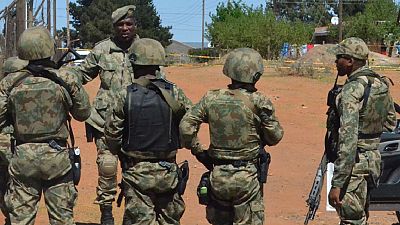 The former head of Lesotho’s armed forces has been arrested over unspecified offences committed during his fours years in the job, police said on Friday.

A month ago another senior army officer was arrested over the killing of Kamoli’s successor and two other officers in an army barracks.

Members of the opposition said at the time the killings in September were part of a failed mutiny.

Kamoli left the job in December last year. “We don’t know how long he will remain in detention. This will be determined by the interrogation,” police spokesperson Inspector Mpiti Mopeli said.

The southern African nation has been beset by coups and periodic political violence since gaining independence in 1966. It has been on a political knife-edge since an attempted coup in 2014 and June national elections that failed to produce an outright winner.