Ex- Burkina Faso minister charged with treason to be released 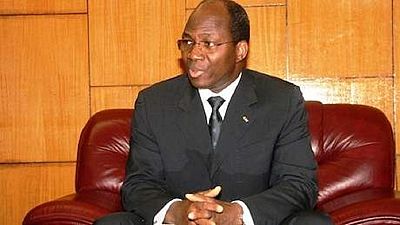 Burkina Faso’s former foreign minister will be released from jail pending trial for treason over his alleged involvement in a coup attempt in 2015, his lawyer said on Wednesday.

Djibril Bassole was the last foreign minister under president Blaise Compaore who ruled for three decades before being driven out of power by mass protests in 2014.

He is among two dozen people accused of participating in the coup attempt the following year mounted by the presidential guard led by Compaore’s military advisor General Gilbert Diendere.

Bassole’s defence lawyer, Dieudonne Bonkoungou, said the military tribunal trying the case had agreed to his provisional release. It was not immediately clear when that would happen.

The defence team says Bassole had nothing to do with the coup attempt, and that he was detained for political reasons to prevent him running in the 2015 presidential election.

At least 11 people were killed and 271 injured as the presidential guard crushed protests against the plotters who had taken members of a transitional government hostage ahead of scheduled elections.

Diendere, who is charged with crimes against humanity, threatening state security, murder and collusion, was forced to hand back power after a week.