The French nuclear group Areva announced on Monday dismissals in 2018 in one of its subsidiaries in Niger. Several hundred workers would be affected, according to a union source.

“Market conditions are very difficult and uranium prices are very low at $ 20 a pound. Somaïr must adapt its industrial organization and adjust its workforce,” AFP source.

The Somaïr is one of Areva’s two subsidiaries in the desert north of Niger. Areva has not specified the number of posts that will be affected.

But a trade union source based in the mining town of Arlit (north) told AFP on Monday that Areva had announced to them “last week” its decision to dismiss “nearly 200 agents” out of the Somari 916, “because of a cash flow problem”.

We are forced to make this decision: it is a matter of survival for Somaïr.

The measure will also affect “more than 500” subcontractor positions, according to this source.

“We are forced to make this decision: it is a matter of survival for Somaïr,” Areva justified.

To save Somaïr, the “scenario approved” on 19 September by the board of directors – of which are representatives of the Nigerian State – and “shared with the social partners” provides for “the decline in mining activity” “the decline in investment”, “the reduction of the fleet of gear” and “readjustment of the workforce of Somaïr and subcontractors”, detailed Areva.

These “unavoidable measures” are supposed to allow the Somaïr to “cross this period of very low prices” and to avoid its bankrupt, advances Areva.

According to the trade union source, Areva has already indicated that all the agents who live in houses belonging to the companies will “pay their bills” for water and electricity, totally in charge by the group.

Niger is the world’s fourth largest uranium producer, but also one of the poorest countries in the world. Niger’s uranium accounts for nearly 35% of Areva’s total production. This ore, once enriched, serves as fuel for nuclear power plants.

Areva has been exploiting uranium for nearly 50 years in northern Niger. Areva and Niger signed on 26 May 2014 an agreement on the renewal of five-year mining agreements for Somaïr and Cominak, the companies operating the uranium mines partially controlled by Areva.

Under the terms of the agreement, Areva agreed that a mining law dating from 2006 will be applied to these two mines, which will increase the mining royalty from 5.5% to 12%. The agreement also provides for the indefinite postponement of the exploitation of the enormous Imouraren deposit due to a lack of favorable conditions. 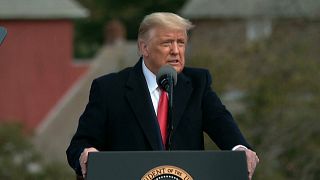 American Citizen Kidnapped in Niger Rescued in Northern Nigeria- US

American Citizen Kidnapped in Niger Rescued in Northern Nigeria- US