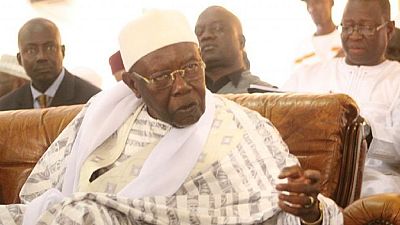 The spiritual leader of the Tijaniyya Sufi order, Sheikh Abdul Aziz Sy, also known as Al-Amine (The Honest One) died on Friday in Senegal at the age of 89.

He died at his home in Tivaouane, about 90 kilometers east of the capital Dakar, where he was buried later in the day per Islamic customs, local media report.

Sheikh Abdul Aziz Sy succeeded his brother, Sheikh Ahmad Tijani bin Ali Sy, who died in March at the age of 91 after serving as Caliph for five years.

As per the Caliphate tradition, Sheikh Abdul Aziz Sy will be succeeded by his cousin, 85-year-old Sheikh Mbaye Sy Mansour who is the current spokesman of the Caliphate. He will be the 7th Caliph of the order.

The leader of the Tijaniyya Sufi order, the largest Sufi order in West Africa, commands a following of millions of people in West Africa who see him as a guide to Islam.

The followers spread in West Africa and across the region pledge allegiance to their Sheikh who wields significant influence.

The Sufi order was founded by Algerian Ahmad al Tijani Hasani in the late 18th century.