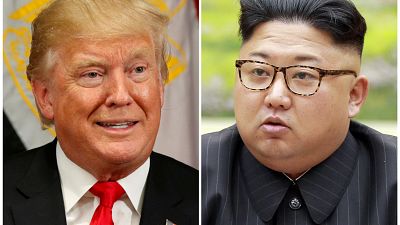 Calling Trump a “dotard” and “mentally deranged” more than once, Kim said the speech had convinced him the path he had chosen was the right one, and that he would follow it until the end.

His Foreign Minister Ri Yong Ho then announced a hydrogen bomb could be tested in the Pacific, well beyond North Korea’s borders.

“I’m very proud to tell you that, as you may have just heard moments ago, China’s central bank has told their other banks, that’s a massive banking system, to immediately stop doing business with North Korea. This just happened, just reported,” Trump claimed.

Kim said he was “thinking deeply” about his response to what he called “the most ferocious declaration of war in history…rude nonsense unheard from any of his predecessors”, and described Trump as a “rogue and a gangster fond of playing with fire” who was unfit to hold the position of commander in chief.