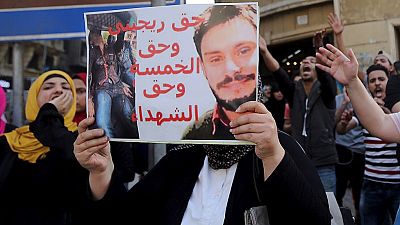 Egypt and Italy have decided to restore diplomatic ties after over a year since the murder of 28-year-old Italian graduate student Giulio Regeni in Egyptian capital Cairo.

Italian and Egyptian ambassadors in both countries will resume work on September 14 after they were withdrawn in April 2016, Egyptian news agency MENA reports.

The Italian news agency ANSA quoted the minister as saying the reinstatement is intended to find the truth behind the killing of the student.

Regeni, a post-graduate student of the Cambridge University went missing on January 25 in Egypt where he had been researching the country’s labour unions.

His body was found nine days later on the side of a road in the capital, Cairo. There have since been varied accounts about how he was killed.

Initially, an Egyptian gang said to be specialised in kidnapping foreigners was blamed for Regeni’s death. All 4 members of the gang were however said to have been shot dead by Egyptian forces and some of the relatives held for questioning.

The account has since changed with the Egyptian police saying they had detained Regeni on the day he was said to have gone missing.