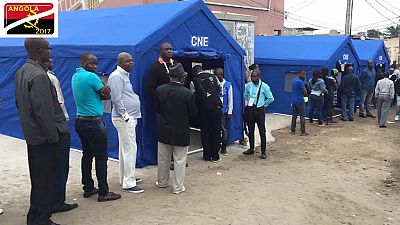 Three provinces in Angola were denied the right to vote in Wednesday’s general election due to delay in transporting election materials to the polling stations.

1, 310 voters in the provinces of Moxico, Lunda Norte and Benguela will vote on Saturday at 15 polling centres, the electoral commission said.

The National Electoral Commission (CNE) spokesperson, Julia Ferreira, said on Thursday that the delay was due to bad weather conditions and the recent crash of the helicopter that was transporting electoral materials to the eastern part of the country, the Angolan news agency reports.

She said the electoral officers will be present on Saturday to conduct the elections and the decision is in accordance with the electoral law.