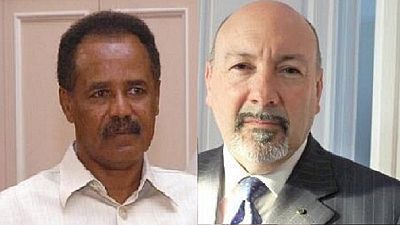 Eritrea will be getting a new head of the European Union (E.U.) delegation after the appointment of Josep Coll I Carbo was announced on Wednesday. He will replace His Excellency, Ambassador Christian R. Manahl.

As head of the EU delegation, Carbo will also be the ambassador of the continental bloc in the Horn of Africa country. His previous appointment was in Benin where he held the same position.

The EU foreign affairs chief, Federica Mogherini, in a statement released on Wednesday (August 23) named Carbo and three others to occupy different portfolios across the EU’s global offices.

Eritrea, a country of about 6 million people gained independence from Ethiopia in 1993 after years of armed struggle. It is a member of the African Union (AU) and the United Nations (UN).

Despite being tagged as a “closed nation” under the leadership of its only president till date, Isaias Afwerki, the country continues to score good marks in most development indicators.

The most recent being a World Bank report that it was one of two African countries adequately prepared for any outbreak of a global pandemic. Tanzania was the other country.

There are major issues in the area of human rights and freedom of the media, Eritrea has always scored very low marks in media freedom rankings. Issues of forced disappearances and conscription into the army are other sour points.

It is also one of the countries that has a large number of its nationals trying to migrate through the sea to Europe in search for greener pastures.

The other appointments announced by the EU chief were:

Veronica CODY as Head of the EU Delegation to Nepal. She is currently serving as Head of Division for Regional Affairs, India, Bangladesh, Nepal, and Bhutan within the EEAS.