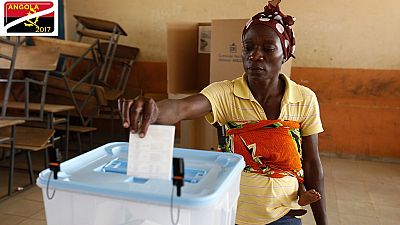 Two former presidents of the small island nation of Sao Tome and Principe have predicted a problem-free election on Wednesday in Angola.

Manuel Pinto da Costa and Miguel Trovoada are in Angola as part of the observer mission from the nine-member Community of Portuguese-Speaking Countries (CPLP).

The mission is led by Miguel Trovoada who served as Sao Tome and Principe president till 1995 and later the United Nations Secretary-General’s Special Representative and Head of the United Nations Integrated Peacebuilding Office in Guinea-Bissau (UNIOGBIS).

Trovoada told the media that the electoral process so far is going well and the events leading to the elections have been undertaken peacefully, the Angolan news agency reported on Tuesday.

He added that the observer mission invited by outgoing President Eduardo dos Santos has met with all the parties on their remark about the process so far.

Manuel Pinto da Costa, who has served as Sao Tome and Principe president until 2016 praised the Angolan election process which he says has changed significantly from what he saw in 1992 when he was there as an observer.

Angola is a Portuguese-speaking country and is part of the six African countries that speak the language including Cape Verde, Guinea-Bissau, Mozambique, São Tomé and Príncipe and, since 2011, Equatorial Guinea.

Angolans will go to the polls on Wednesday and 9.3 million people are expected to come out and vote.