Burkina Faso soldiers to get counter-terrorism training from Germany 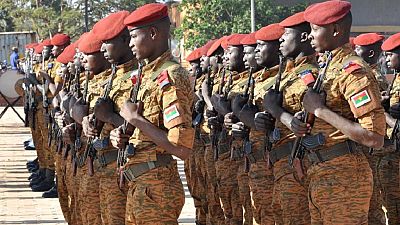 Burkina Faso has agreed to a counter-terrorism training offer from Germany after the capital Ouagadougou was attacked late Sunday night resulting in the death of 18 people.

“Germany is engaged in Mali in the training of its forces, and we decided to enlarge it to the Burkinabe and they accepted,” Parliamentary State Secretary in the German Defense Ministry, Ralf Brauksiepe, said.

The recent attack in Burkina Faso is the second in less than two years after the January 2016 attack on the Splendid hotel that left over 30 people dead.

Germany is engaged in Mali in the training of its forces, and we decided to enlarge it to the Burkinabe and they accepted.

Sunday night’s siege extended to Monday leaving dozens of people injured at a Turkish restaurant where security forces exchanged gunfire with the gunmen who were subdued.

Troops from five Sahel countries are putting together a joint counter-terrorism force in the region to tackle jihadist threats.

The troops from Burkina Faso, Chad, Mali, Mauritania and Niger are undergoing training in Mali.

The African Union (AU) has called on the international community to support the G5-Sahel Joint Force to strengthen security cooperation on the regional level.