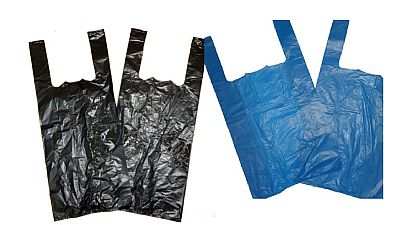 Kenya’s quest to succeed in the banning of plastic bags will be tested a day before the swearing-in of President-elect Uhuru Kenyatta as the fifth president of the country.

The ban on the use, manufacture and importation of plastic bags, imposed in March, takes effect on August 28, 2017.

This is the third time in ten years since Kenya took this path.

In 2007 and 2011, the ban focused on reducing the thickness of the bags which was not successfully achieved as the plastic waste menace continued to affect the environment.

This year’s implementation plan comes with measures including penalties for those found with plastic bags.

The Environment Manufacturers and Co-ordination Act stipulates that a culprit faces not less than a year in prison or a fine of not less than Shillings 2 million ($19,305).

Environment Cabinet Secretary Judy Wakhungu vowed to enforce the law to ensure that the ban is fully implemented.

The Kenya Association of Manufacturers (KAM) petitioned the president in July against the ban to prevent job and revenue losses.

They opted to contribute to a fund that will cater for plastic waste management in the country.

This appeal has been condemned by environmentalists who believe Kenya can chart the path of countries in the world who have succeeded in banning plastic bags.

In the East African region, Rwanda is the only success story at banning plastic bags in 2008, earning the developing country high praise from the international community especially for being the first in the world to do so.

According to research, 4,000 tonnes of plastic bags are produced each month in Kenya and half of that ends up in the waste stream without proper management.

If successful, Kenya will be the second country in East Africa to protect its environment from the plastic waste menace.