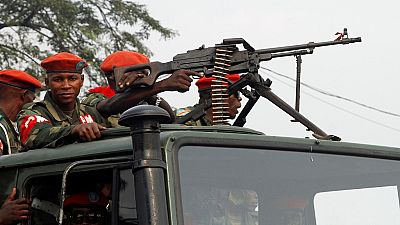 The Democratic Republic of Congo’s telecoms regulator has ordered service providers to take technical measures to curtail the spread of abusive images through the use of social media.

The Postal and Telecommunications Regulatory Authority of the Congo (ARPTC) in a communication on Monday said the move was in the interest of the public given the widespread use of social media in transmitting disturbing photos.

“In order to prevent the abusive exchange of images via social networks between subscribers on your network, I ask you to take, upon receipt of the communication, preventive technical measures likely to reduce to a strict minimum the transmission capacity of the images,” the signed statement of Oscar Manikunda, president of the ARPTC read.

I ask you to take, upon receipt of the communication, preventive technical measures likely to reduce to a strict minimum the transmission capacity of the images.

Clashes were reported on Monday in the capital Kinshasa in anti-government protests calling for President Kabila to leave power.

Monday’s clashes occured between Congolese security forces and the anti-government sect Bundu dia Kongo and led to deaths of at least 14 people.

About two months ago, the leader of the religious-political sect had asked Kabila to leave power by 7 August 2017, in which case he would face reprisals.

Political tension in the country continues to mount as elections are delayed. In early July, the Electoral Commission declared its inability to organize the elections before December 2017, as per the agreement between the presidential majority and the opposition stipulates.

This agreement, signed under the auspices of the Congolese Catholic Church, allowed President Kabila to remain in power beyond his second and last term, which expired in December 2016.

There is a scheduled protest for today, as the opposition have called for a “dead city” day throughout the country to protest against what it calls the “slippage” of the electoral calendar.