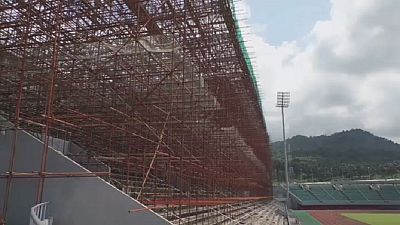 Cameroon may lose out as hosts of the 2019 African Cup of Nations.

As it struggles with infrastructural development, the Confederation of African Football chief, Ahmad Ahmad, on Saturday said the country is “not even ready to host four teams”.

Ahmad was addressing a press conference in Ouagadougou, where he had visited to attend the men’s and women’s Faso Cup finals.

(Cameroon) is not even ready to host four teams.

Reigning champions #Cameroon face being stripped of #AFCON2019 as country “is not ready” to host tournamenthttps://t.co/0qwc8rYaGT

CAF president Ahmad Ahmad says “Cameroon can’t even host an Africa Cup of nations with 4 teams” this is SAD coming from a president.

The CAF president also said that there will be an inspection by experts and a specialized audit firm, to determine whether the three-week tournament can be held in Cameroon.

Plan B according to him would be opening the tenders again so that other countries can participate.

Morocco and Algeria have already demonstrated ability to host the CAN 2019.