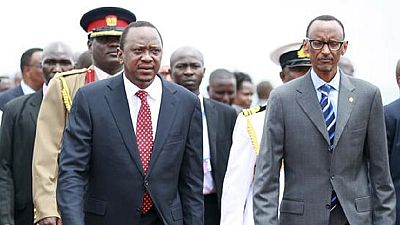 The South African government has wished Rwanda and Kenya well as both countries vote in elections that are four days apart. Rwandans vote on August 4 whiles Kenyans take their turn on August 8.

South Africa’s state-owned SABC News Online reports that International Relations and Cooperation Minister, Maite Nkoana-Mashabane during a press briefing in Pretoria on Friday, called for peaceful and credible polls as Rwanda picks a president and Kenyans vote in general elections.

Rwandans vote to pick a president

Rwandans have already started voting as at Friday morning to elect a leader for the next seven years. It will be the last seven-year term as per a 2015 constitutional referendum that says in the 2024 polls and beyond, a president should serve for five years.

The incumbent Paul Kagame leading the Rwandan Patriotic Front (RPF), will be facing two other contenders in Frank Habineza of the Democratic Green Party and Philippe Mpanyimana, an independent candidate.

Over in Kenya, the August 8 process comprise voting for the presidency, governorship, members of parliament and members of county assembly.

President Uhuru Kenyatta will be seeking a second term and faces stiff competition from former Prime Minister Raila Odinga and six others.

South Africa becomes the second country to have commented on the two elections. Uganda earlier this week said it was keenly monitoring crucial elections that were due in neighbouring Kenya and Rwanda.

Uganda suffered in the wake of the 2007 post-election violence that claimed over 1,000 Kenyan lives displacing over half a million others.

Kenya elections are usually dogged with ethnic tensions in an already volatile region. It is often the focus of continental and global players due to its sensitivity.