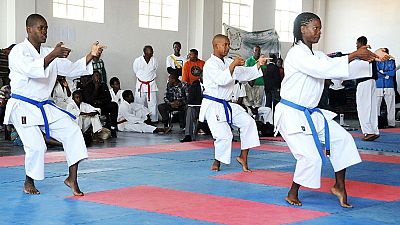 Botswana’s Karate team has continued the country’s winning streak at the inter-continental level in Spain where it won nine medals in a day at the 8th Hayashi-Ha International Championship.

The bronze was won by the 10-11 years boys Kumite team, Phillip Revaka in the boys 16-17 years Kata category and Motlhomi Makepe in the 14-15 years Kumite 52kg category.