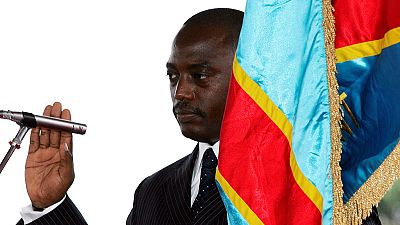 The franc has lost 40 percent of its value in the past year, with a particularly sharp decline over the past week, amid political turmoil and persistently low prices for Congo’s key commodity exports.

Inflation is expected to top 30 percent this year, but wages remain unchanged.

The government had agreed to raise wages but not delivered, the Collective of Syndicates of the Public Administration said at a meeting in the capital Kinshasa.

The body “asks all its comrades from all ministries to close their offices and to no longer go to work until payment for the month of July is executed at the budgetary rate,” the union’s vice president, Francois Tshimanga, told the assembly.

It was not immediately clear how many workers would answer the call. In a statement, Prime Minister Bruno Tshibala’s office said he planned to sign a decree raising salaries once the measure was approved by the full cabinet and the president.

Congo’s deepening economic woes are compounding political and security crises related to President Joseph Kabila’s refusal to step down when his mandate expired in December after 16 years in power.

Police fired teargas on Friday at dozens of students at Kinshasa University protesting against the arrest of a classmate, witnesses told Reuters. The university was at the epicentre of anti-Kabila protests last year that killed dozens.

“Right now students are demonstrating on the campus. They ransacked the administrative building,” said one university administrator, who gave only his first name, Albert.

Opposition leader Martin Fayulu said on Twitter that authorities had stopped the main opposition bloc holding a convention where it was expected to announce protests against repeated delays to an election to replace Kabila.

There was no immediate comment on that from police.

Africa’s top copper producer depends on its oil and mining sectors for about 95 percent of export revenues. It now only has enough foreign currency reserves to cover about three weeks of imports, the Central Bank has said.

The government has requested financial support from the International Monetary Fund and other donors to help it restore its reserves and stabilize the franc. But the IMF said any assistance would likely require measures to address the current political impasse.