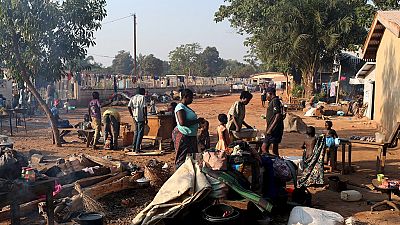 At least 22 people have been killed in three days of fighting in the town of Zemio in southeastern Central African Republic (CAR) between rival armed militias, a member of parliament from the area and a local journalist said on Friday.

The clashes between armed Fulani herders and militia members, began late on Wednesday. Gunfire continued the following day and into Friday.

Potential for sectarian violence in the CAR remains high. Indiscriminate violence and looting has occurred in the country since the overthrow of the government in March 2013.

Long-serving president, Francois Bozize was toppled by the northeastern Seleka rebel alliance, escalating revenge attacks and a spiral of atrocities leading to the death of thousands.

The central African country had appeared to be returning to normal after two years of bloodshed, holding peaceful elections and a transition early this year following a visit by the Pope.

But despite the presence of thousands of U.N. peacekeepers and a few hundred remaining French troops, tensions remain high, and ten of thousands of people are still displaced. The violence between rival militias, which later on took a sectarian element, displaced one in 10 of the country’s 4.5 million people.