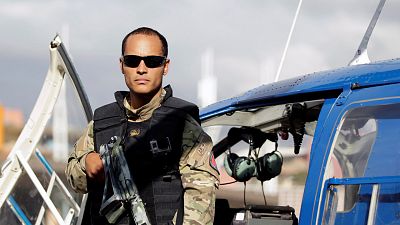 Venezuela’s military has found the helicopter used a by a rogue elite police officer suspected of carrying out Tuesday’s attack on the country’s Supreme Court.

The stolen aircraft was captured on amateur video swooping down and firing shots. The court is viewed by Venezuela’s opposition as a bastion of support for a dictator.

Oscar Perez posted a statement on social media admitting the attack and calling on Venezuela’s to rise up against President Nicolas Maduro.

A full scale man hunt is on for the 36-year-old who once stared and directed an action film called “Suspended Death” which includes scenes of him firing a rile from a helicopter.


A one-time movie star has stolen a helicopter and attacked Venezuelan government buildings with bullets and grenades https://t.co/RUnx715To7

The president has called the incident a terrorist attack an described Perez as a psychopath while opposition supporters believe it was a government set-up.

Some Venezuelans are just confused

“I really don’t know what to believe,” said ne Caracas resident. “I think the opposition leaders and the governmental leaders are telling a lot of lies and we, the people, are stuck in the middle.”

The attack has exacerbated an already full-blown political crisis after three months of opposition protests demanding general elections and for the president to quit. 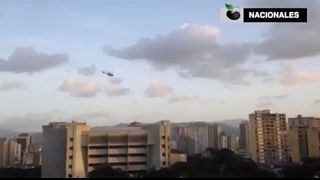 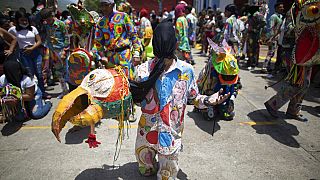