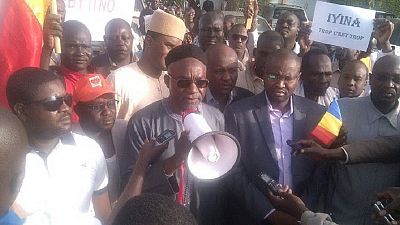 Opposition Members of Parliament (MPs) in Chad say they will not give up their seats in the National Assembly despite their position that the current legislature is ‘illegitimate.’

The third parliament whose mandate was supposed to end in 2015 was extended by a constitutional law. In February 2016, legislative elections could not be held for lack of financial means according to the government. President Idriss Deby Itno said they would not be held until 2019.

The MPs had come under pressure from their ruling party colleagues and several members of the civil society, but they responded on Wednesday in a statement issued by opposition chief , Saleh Kebzabo.

The opposition’s presence in the Chadian parliament was “useful, necessary, dissuasive and salutary,” Kebzabo said in a statement to AFP news agency.

Amid an internet shutdown on the day of the polls, Deby garnered 60 per cent of the vote in the first round far ahead of Kebzabo who won just over 12 per cent but said the vote was rigged.