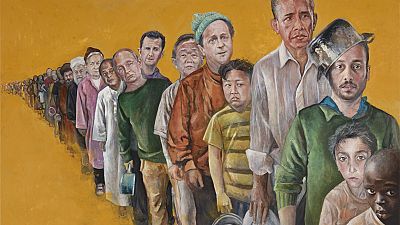 What would David Cameron, the former British Prime Minister, look like if he were homeless? How would you react if you saw Kim Jong-un, the North Korean leader, walking with no shoes?

The Vulnerability Series is an exhibition by Syrian artist Abdulla Al-Omari in the United Arab Emirates. He gives world leaders a makeover with a difference. He takes them out of their fine suits and paints them as refugees.

Al-Omari says his exhibition is a reaction to his plight as a refugee: “I wanted to imagine how all these powerful leaders in the world would look if they were in our shoes.

“As the anger grew inside me I wanted to have sweet revenge, but with art.”

Al-Omari says he wanted to “disarm” the leaders by picturing them outside their positions of power.

The media, he says, focuses on the numbers of refugees but neglects the personal stories behind these figures.

“When you know the personal story of someone, you connect with them,” says Al-Omari.

The refugee crisis has claimed the lives of thousands, most notably Alan Kurdi, the three-year-old boy washed up on a Turkish beach in September 2015. Despite this and other high-profile deaths, little has been done to change the situation.

*The Power of Vulnerability* runs until July 6 at The Ayyam Gallery in Dubai. 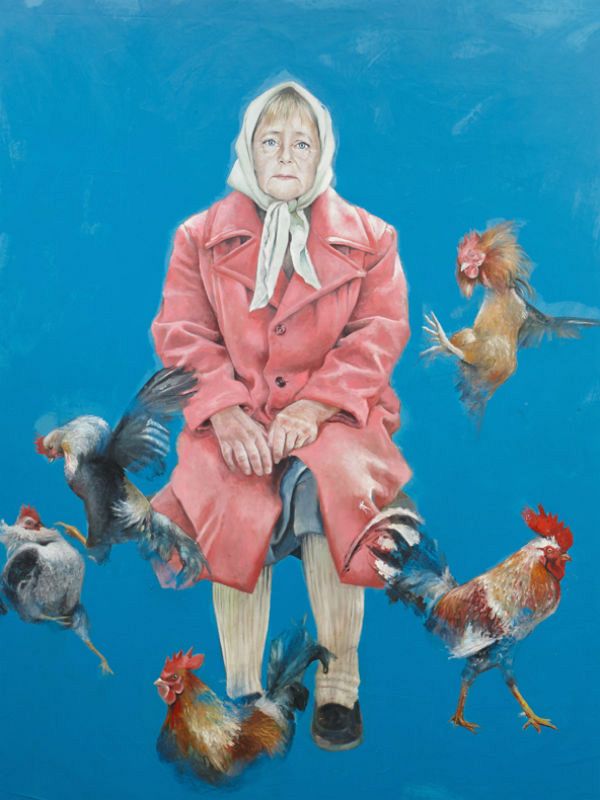 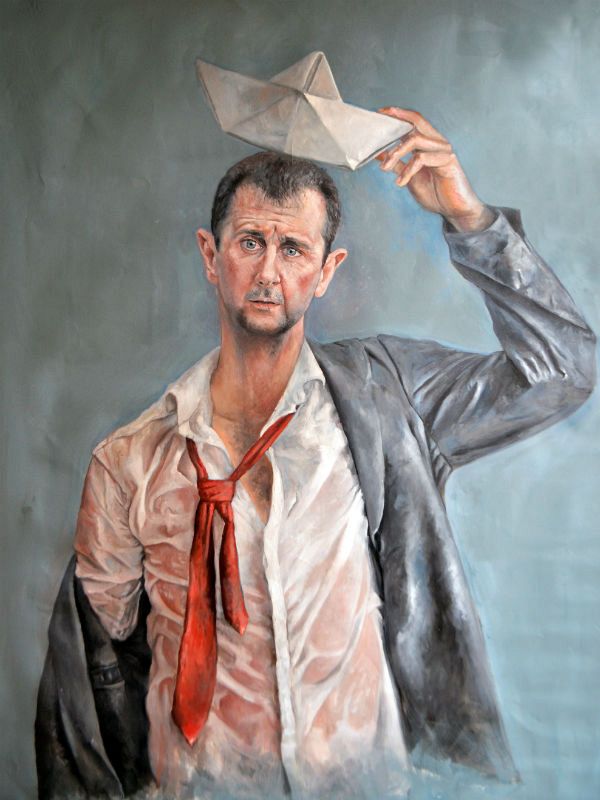