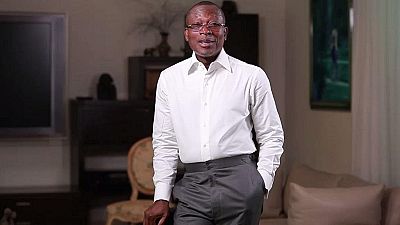 The president of Benin, Patrice Talon, has returned to the country after almost one month of medical leave in France.

The 57-year-old left the capital Cotonou for France to seek medical attention for an undisclosed ailment. The Foreign Minister confirmed last week that the President was in Paris for medical check up.

Prior to the confirmation there was heightening concern among citizens who had not seen the President in public since May 24. He also missed a recent meeting of regional Heads of State in Liberia.

The man known as ‘King of Cotton,’ won presidential elections held in March last year after a a second round vote on March 20. Talon beat then-Prime Minister Lionel Zinsou with more than 65% of the votes to succeed Thomas Boni-Yayi – who had served his constitutionally mandated two terms.

Talon joins a list of African leaders who have recently traveled to Europe seeking medical attention. Nigeria’s Muhammadu Buhari is in the United Kingdom, Angola’s Jose Eduardo dos Santos was in Spain for check up.

Zimbabwe’s Robert Mugabe has been to Singapore twice since the start of 2017 for eye checks according to the government. The opposition however claim the 93-year-old is suffering from cancer, a claim the government vehemently denies.