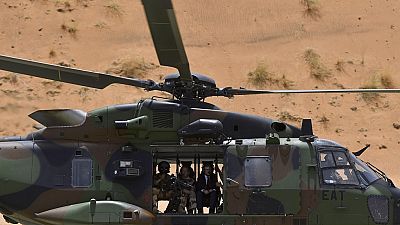 France on Tuesday proposed that the United Nations Security Council back a West African force to combat terrorism, drug and human trafficking by “eradicating the actions” of Islamist militants and organized crime groups in the Sahel region.

The vast, arid zone has in recent years become a breeding ground for jihadist groups – some linked to al Qaeda and Islamic State – that European nations, particularly France, fear could threaten Europe if left unchecked.

We cannot afford to let the Sahel region become a new safe haven for terrorists across the world.

France circulated a draft Security Council resolution on Tuesday to the 15-member body to authorize the West African force to use “all necessary means” to restore peace and security in accordance with international law and work in coordination with a U.N. peacekeeping mission and French forces in Mali.

The West African force would also “contribute as necessary to the restoration of state authority and the return of displaced persons and refugees” and facilitate humanitarian operations and the delivery of aid.

Diplomats said the resolution could be voted on next week.

“It would be irresponsible for the council not to come together behind this regional initiative to combat terrorism across borders at the moment when the threat has never been so high,” Delattre said.

The draft also requests U.N. Secretary-General Antonio Guterres report to the council within 60 days on options for United Nations support for the West Africa force, known as the FC-G5S. He would also report every three months on the force.

The European Union has committed $56 million to the Sahel force.

Last year, the Sahel nations – Niger, Mali, Chad, Burkina Faso and Mauritania – proposed establishing special units, each of around 100 well-trained soldiers, which would be deployed in areas where jihadist groups are known to operate.

They would complement the efforts of regular armed forces, the U.N. peacekeeping mission in Mali and France’s Operation Barkhane, which has around 4,000 troops deployed across the five Sahel countries.

France intervened in 2013 to drive back militants who had seized northern Mali a year earlier. However, militants continue to attack security forces and civilian in Mali and its neighbors.