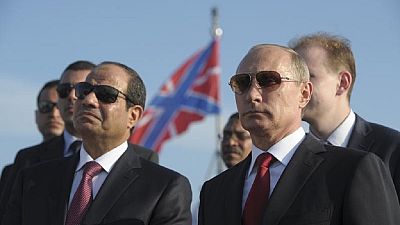 The Russian President, Vladimir Putin has conferred with his Egyptian counterpart, Abdul Fattah Al-Sisi via telephone, the Russian Foreign Ministry has said.

The call was at Russia’s initiative and the two leaders ‘‘discussed in detail the further development of bilateral cooperation in different areas and the crises in the Middle East and North Africa.’‘

Russia is involved in the political situation in conflict ravaged Libya where they are believed to be supporting the eastern government led by Halifa Haftar.

The unity of the Libyan people as well as (the country's) territorial integrity was disrupted. Of course we, as a long-term and close friend of your country, are interested in helping you overcome these difficulties.

Haftar, a military commander who is supported by factions based in the east of the country recently traveled to Moscow to hold meetings with top officials of the regime.

That meeting was called at the instance of the U.N.-backed government in Tripoli and was seen as a step towards overcoming a deadlock in Libya between the Tripoli government and Halifa Haftar.

“The unity of the Libyan people as well as (the country’s) territorial integrity was disrupted. Of course we, as a long-term and close friend of your country, are interested in helping you overcome these difficulties,” Lavrov said at the time.

Even though details on the other issues discussed were not readily available, it is unclear whether Egypt’s role in the current diplomatic crisis with Gulf neighbour, Qatar, came up during the talks. Most countries in the Gulf region are cutting ties with Qatar who they accuse of supporting terrorism.

The telephone call of the two leaders also came hours after their top diplomats had met over similar issues. A press release by Russia’s Foreign Ministry read as follows:

‘‘Special Presidential Representative for the Middle East and Africa and Deputy Foreign Minister Mikhail Bogdanov received Ambassador of the Arab Republic of Egypt to Russia Mohamed El-Badri at the latter’s request.

‘‘During the conversation the officials exchanged views on developments in the Middle East and North Africa, with emphasis on the conflict in relations between Qatar and a number of other Arab states.

‘‘The officials reaffirmed Moscow and Cairo’s mutual aspiration to build up diverse bilateral cooperation, including coordinated action at international venues such as the United Nations.’‘ 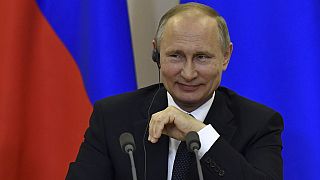 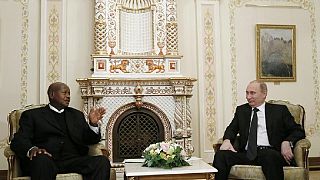