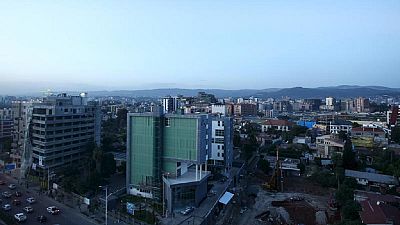 The World Bank says Ethiopia’s economy will be the most expansive on the continent for the year 2017 followed by Tanzania, Ivory Coast and Senegal in that order.

This view by the global finance outfit was contained in their Global Economic Prospect report released this month.

‘‘Ethiopia is forecast to expand by 8.3 percent in 2017, Tanzania by 7.2 percent, Ivory Coast by 6.8 percent, and Senegal by 6.7 percent, all helped by public investment. However, some countries need to contain debt accumulation and rebuild policy buffers,’‘ the report cautioned.

Ethiopia is forecast to expand by 8.3 percent in 2017, Tanzania by 7.2 percent, Ivory Coast by 6.8 percent, and Senegal by 6.7 percent, all helped by public investment.

The World Bank further noted that growth in non-resource intensive countries was anticipated to remain solid, supported by infrastructure investment, resilient services sectors, and the recovery of agricultural production.

Whiles projecting a generally stable economic performance for most Sub-Saharan Africa economies, the report titled, ‘A Fragile Recovery,’ forecasted that economies will averagely ‘‘pick up to 2.6 percent in 2017 and to 3.2 percent in 2018, predicated on moderately rising commodity prices and reforms to tackle macroeconomic imbalances.’‘

They stressed the challenges that the United States official development assistance slash will have on smaller economies and fragile states in the region as a major risk. The East Africa region they noted was also susceptible to whether-related risks.

This forecast becomes the second stamp of approval on the Ethiopia economy in as many months. International Monetary Fund (IMF) figures released in April this year ‘crowned’ the country as the new economic giant of the East Africa region dethroning neighbouring Kenya.

Ethiopia’s economic growth is hinged on public-led spending on infrastructure and a strong demand by locals. It has also recently become an investor destination of choice for particularly Chinese investors.